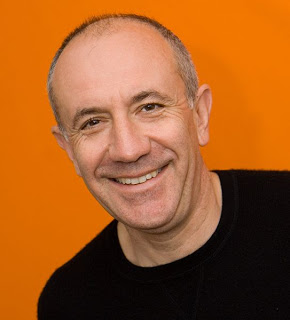 Last week, my friend Adam Kolawa, founder of Parasoft, passed away suddenly. Adam, whom I’ve known for over a decade, was a young man, only 53 years old.

In a brief statement, Parasoft described Adam’s legacy as

In 1983, Kolawa came to the United States from Poland to obtain a Ph.D. in Theoretical Physics from the California Institute of Technology. While at Caltech, he worked with Geoffrey Fox and helped design and implement the Intel hypercube parallel computer. In 1987, he founded Parasoft with four friends from Caltech. Initially, the company focused on parallel processing technologies. Kolawa transitioned the company from a parallel processing system producer, to a software development tool producer, to a provider of software solutions and services that help organizations deliver better software faster.

In my work at SD Times, I’ve had many occasions to visit with Adam. Sometimes we’d hang out in the Bay Area, sometimes down at Parasoft’s offices in Pasadena, Calif., sometimes at conferences – we invited him to keynote our Software Test & Performance Conference in 2005.

Over the years, our relationship was occasionally… how to put it delicately… turbulent. Adam was one of the smartest people I’ve ever met – brilliant. Passionate about software development, about software quality, and about his company, Parasoft. Whenever we wrote something in SD Times that he felt maligned his company (or worse, ignored it), I could expect an email from someone saying that Adam was on the warpath again.

However, because I am equally passionate about SD Times’ editorial integrity — which he respected — a brief phone chat would always set things right again. I was sincerely honored when he invited me to write the foreward and front-cover blurb for his book, “Bulletproofing Web Applications” (M&T Books, 2002).

Adam’s passion was unrelenting, and his feelings strong. But he was also warm and incredibly funny. It became a tradition to swing through Pasadena on my way home from SoCal, just to say “Hello.”

Adam Kolawa was a brilliant man, a bright light in our industry, a kind soul, and a good friend. May his memory be a blessing to all who knew him.

Novell is gone, and yes, it matters. Here’s why.

Novell is (was) super-stodgy; Microsoft, not so much
Scroll to top