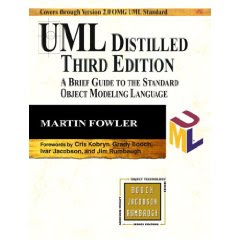 Microsoft wasn’t the only tools company that avoided UML, but it became the highest profile one. The modeling tools that debuted a few years ago in Visual Studio Team System used Microsoft’s own modeling system, as the compan claimed that UML was simply too complicated.

Microsoft was not wrong. UML is large and cumbersome, and it’s often overkill for applications design and development, particularly in the smaller and mid-sized companies that make up the bulk of the Microsoft customer base.

By contrast, the highest-profile proponent of UML has been IBM Rational. Rational (before IBM bought it) not only was the original backer of UML, but its customers are huge financial and aerospace companies that take formal modeling very very very seriously. Microsoft’s “we’ll have it out way” approach was arguably the best for its developers.

Microsoft has finally jumped onto that large, slow-moving bandwagon. In its press release, the company said:

Microsoft Corp. today outlined its approach for taking modeling into mainstream industry use and announced its membership in the standards body Object Management Group. Modeling is a core focus of Microsoft’s Dynamic IT strategy, the company’s long-term approach to provide customers with technology, services and best practices to enable IT and development organizations to be more strategic to the business.

Modeling often has been heralded as a means to break down technology and role silos in application development to assist IT departments in delivering more effective business strategies. However, although the promise of modeling has existed for decades, it has failed to have a mainstream impact on the way organizations develop and manage their core applications. Microsoft believes that models must evolve to be more than static diagrams defining a software system; they are a core part of daily business discussions, from organizational charts to cash flow diagrams.

Implementing models as part of the design, deployment and management process would give organizations a deeper way to define and communicate across all participants and aspects involved in the application life cycle.

To make model-driven development a reality, Microsoft is focused on providing a model-driven platform and visual modeling tools that make it easy for all “mainstream” users, including information workers, developers, database architects, software architects, business analysts and IT professionals, to collaborate throughout the application development life cycle. By putting model-driven innovation directly into the Microsoft .NET platform, organizations will gain visibility and control over applications from end to end, ensuring that they are building systems based on the right requirements, simplifying iterative development and re-use, and resolving potential issues at a high level before they start committing resources.

“We’re building modeling in as a core part of the platform,” said Bob Muglia, senior vice president, Server and Tools Business at Microsoft. “This enables IT pros to specify their business needs and build applications that work directly from those specifications. It also brings together the different stages of the IT life cycle — connecting business analysts, who specify requirements, with system architects, who design the solution, with developers, who build the applications, and with operations experts, who deploy and maintain the applications. Ultimately, this means IT pros can innovate and respond faster to the needs of their business.”

OMG has been an international, open-membership, not-for-profit computer industry consortium since 1989. OMG’s modeling standards include the Unified Modeling Language (UML) and Business Process Management Notation (BPMN). In addition to joining the organization, Microsoft will take an active role in numerous OMG working groups to help contribute to the open industry dialogue and assist with evolution of the standards to meet mainstream customer needs. For example, Microsoft is already working with the finance working group on information models for insurance business functions related to the property and casualty industry, and will eventually look to expand those models so that they can be applied to P&C, life and reinsurance. Another early focus will be on developing specifications for converting messages across the various payments messaging standards.

“Microsoft has always been one of the driving forces in the development industry, helping to make innovation possible but also simplifying many of the most challenging aspects of the application development process,” said Dr. Richard Mark Soley, CEO at OMG. “In less than 10 years, OMG’s UML, a cornerstone of the Model Driven Architecture initiative, has been adopted by the majority of development organizations, making OMG the seminal modeling organization and supporting a broad array of vertical market standards efforts in healthcare, finance, manufacturing, government and other areas. Microsoft’s broad expertise and impact will make its membership in OMG beneficial to everyone involved.”

Developers can begin to implement model-driven approaches today through innovations such as Extensible Application Markup Language (XAML) — the declarative model that underlies Windows Presentation Foundation and Windows Workflow Foundation — and ASP.NET MVC, which deeply integrates model-driven development into the .NET Framework and makes it easy to implement the model-view-controller (MVC) pattern for Web applications. Both XAML and MVC are examples of models that drive the actual runtime behavior of .NET applications. These are part of Microsoft’s broader companywide efforts to deliver a connected platform modeling, which includes technologies being delivered across both “Oslo” and Visual Studio “Rosario” initiatives.

Easy as ABC: Listen to Alan, Bola and CliveThe 9 hottest classes at EclipseWorld
Scroll to top