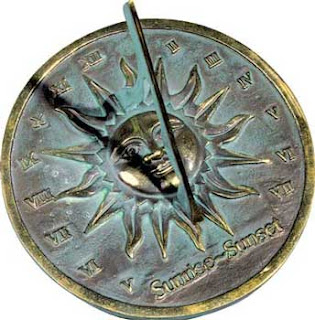 Is there anything as senseless as Daylight Savings Time? Perhaps there were historically valid reasons to move clocks back and forth every spring and fall. But there surely isn’t one now, and there are plenty of reasons to stop this rediculous ritual.

One reason, of course, is that it’s a pain in the butt. If the entire world moved together, adjusting clocks at the same time, that might be okay. But the entire world doesn’t move together. Sometimes San Francisco is eight hours away from London. Sometimes it’s not.

We’re not even consistent within the United States. Arizona, for example, does not do Daylight Savings Time. So, sometimes San Francisco is one hour away from Phoenix. Sometimes it isn’t.

In this increasingly interconnected world, inconsistent time differentials are stupid. It became stupid long before the Internet, of course. The telephone turned long-distance communications into real time communications for the masses. When telephones became ubiquitous, DST should have gone away. But it’s still not too late to kill it now.

Another reason is that the whole scheme is inconsistent. If the reasons for DST were legitimate, then it would be easy to determine the optimum dates for resetting the clocks. However, the reasons are not legitimate, and so the fall-back and spring-forward dates are arbitrary. That is why participating countries often do so at different dates. That’s why the U.S. government could decide to jigger with DST, as I blogged in February’s “Daylight Savings Time, It Is A-Changing.” Stupid, stupid.

A month after that posting, I was caught by three DST-related software issues – see “Three Daylight Savings Time Follies.” That’s more trouble than I, personally, had with Y2K. And now, I’ve been caught again.

You see, not everyone picked up on Congress’s change, and so there are many devices programmed to adjust according to the old scheme, which had clocks “fall back” on the last Sunday in October – that’s October 28, 2007. However, this year Congress changed the fall-back date to November 4, 2007. It’s incredible that my new BlackBerry 8700g – purchased in August – didn’t know about the DST change.

So, while I’m sitting here in New York (GMT-5), the only way to keep receiving network time sync signals, while displaying the correct time, was to manually adjust the time zone to Caracas (GMT-4). Presumably, next Sunday I’ll have to adjust it again back to Eastern Time. Stupid, stupid.

RIM posted a couple of BlackBerry DST fixes for Internet-only users like me, who don’t use a BlackBerry Enterprise Server. The first recommendation is to manually move the time forward and back during this period.

That might be the most compelling reason to drop DST – because there are more and more servers, desktops and embedded devices that try to encapsulate and comprehend DST, and who need to understand DST in order to process data in logs, check to see which file has been updated more recently, and so-on. Even having a good time standard isn’t enough, not when you’re not sure exactly what a time-stamp means.

Keeping all those algorithms up to date, when they can be changed arbitrarily by governments, is an impossible task. It’s becoming more impossible all the time. Let’s simply be done with it.