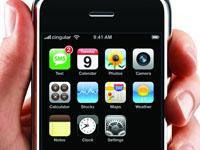 The battle of the programmable mobile phone is about to begin. And if Steve Jobs isn’t careful, Google will clean Apple’s clock.

Apple makes great platforms. The Mac (with Mac OS X) is a better PC than a Windows Vista box. I haven’t seen a music player that can compete with an iPod for ease of use, though most other vendors make devices that are less expensive, have more features and have more capacity.

By contrast, while the iPhone is an incredibly impressive piece of consumer electronics, it’s not a platform. It’s just a super-cool phone with a browser and music player.

In fact, during the past six months or so, Apple has done everything possible to dissuade developers from even thinking about the iPhone. The only way to develop apps for the device, Apple insists, is to build interactive Web sites that are optimized for the phone’s Safari Web browser.

Sorry, Steve, but that’s the wrong answer. A pint-sized browser does not a platform make.

In fact, we at BZ Media were astonished at how casually we were rebuffed when approaching Apple about producing a developer conference for the iPhone. After many queries, we were finally told by one of their spokespeople, “I’ve spoken with Developer Relations and this is not an opportunity we’re going to pursue.” Our further attempts to even have a telephone conversation with someone on the iPhone team were totally ignored.

That, my friends, is not going to drive the iPhone into ubiquity. A decade ago, Windows crushed OS/2 and Mac OS because Microsoft understood that third-party developers are essential to the success of a new platform. Developers of all stripes were invited to write software for Windows 2.x, 3.x, Windows 95 and Windows NT. IBM and Apple shunned third-party developers, except for a small handful of selected partners.

With that background, read Alex Handy’s SDTimes.com story about Google’s mobile phone efforts, “Gphone Rumors Hint at Broad Mobile Strategy.” As Alex explains, third-party developers seem to be front-and-center of Google’s platform strategy. Of course, it’s hard to know for sure what’s happening at the Googleplex; the company is known for its secrecy. Maybe the Gphone won’t even appear. Maybe it will be radically different than Alex’s sources say.

From where I sit, the iPhone is in peril. It’s thriving today because it’s cool, it’s new, it’s from Apple, and there’s no nothing else like it. But it’s also closed, which means that the iPhone is not a true platform. Unless Steve Jobs opens up the iPhone to true native applications — and does it soon — the Gphone is going to blow the iPhone away.