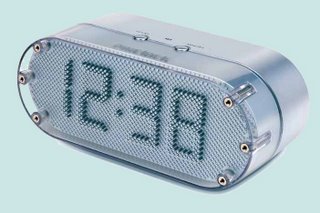 The U.S. Government’s decision to tamper with Daylight Savings Time (DST) has been seen as a mini-Y2K issue. It’s probably not that severe – I don’t expect elevators to jam or airplanes to crash – but DST is an issue that IT professionals must deal with.

What are the changes? To quote from the National Institute of Standards and Technology:

The current Daylight Savings Time rules represent a change from the past. On August 8, 2005, President Bush signed the Energy Policy Act of 2005, which included the changes in Daylight Saving Time described above, effective March 1, 2007. Prior to 2007, DST began at 2:00 a.m. (local time) on the first Sunday in April, and ended at 2:00 a.m. (local time) on the last Sunday in October. The new rules for DST beginning in 2007 mean an extra four weeks of DST each year. In 2007, there will be a total of 238 days of DST, compared to a total of 210 days of DST in 2006 under the previous rules.

What does this mean for us? For the most part, you’ll need to download and install operating system patches, since applications assume that the date/time reported by the operating system is accurate.

For most desktop users on a modern operating system, such as Windows XP/Vista, Mac OS X 10.4.x and 10.3.x, and the latest Linux or Unix distributions, patches might be installed automatically. For older operating systems, such as Mac OS X 10.2.x and Windows 2000, the software company is not issuing patches – you’ll need to manually override your date/time settings.

This is a more serious issue for servers, most of whom are not configured to automatically install operating system patches. Many organizations only patch servers rarely, when a “show-stopper” flaw is revealed, or on a fixed schedule. Frankly, few people would consider a DST algorithm change to be a show-stopper. However, it has the potential to affect everything, for the time stamp on files on a file server, to the metrics in a server log, to spam algorithms in an e-mail server.

You can’t trust the fact that your desktops and servers are configured to get their time from a network time server (using ntp) to help you with this issue. Time servers report the time based on Coordinated Universal Time (UTC), which doesn’t know about DST. It’s up to your local desktop/server to apply the time-zone correction.

Bottom line: the DST issue is something you have to deal with, even if you don’t live in one of the areas affected by the change, and you should deal with it before March 11.

If you’re a software developer, and don’t have direct access to the IT infrastructure, be sure to bring this issue to the attention of those who can handle those updates. There’s no time to lose!

We’re working on it! Ingres is back in the game
Scroll to top