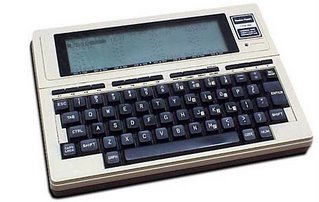 Larry O’Brien tagged me. Larry, that prankster, is playing Blog Tag, where you dare people to reveal things that most people won’t know. (I traced Larry’s tag back and found this entry on “Storm & Wind” from August 2006. After that, the trail went dark.)

I’m cool. I’m hip. But I also want to stay somewhat on topic; this is a professional blog, not a personal diary. That said, here are things that you may not know about me:

1. One of my first published papers presented a recursive solution to the Tower of Hanoi problem – for the HP-67 programmable calculator. Rather innovative, I still think. Another paper formally presented a “Tiny BASIC” implementation for the HP-41C calculator.

3. My consulting company, Camden Associates, was launched when I lived in Camden, Maine, more than two decades ago. It was initially a VAR/systems integration/custom programming business called Camden Computer Services.

4. When studying computer science, my favorite course was in compiler design. It was a great class. I also enjoyed taking EE classes, and wished that I could take more.

5. The first personal computer I owned was a TRS-80 Model I, but unfortunately, I couldn’t afford many mods for it. Later I upgraded to a TRS-80 Model III. I never owned a Commodore or an Apple, until acquiring a Fat Mac.

6. I worked my way through college typing term papers and dissertations (I was a wicked good typist) and tutoring. The best money and most gratification was in tutoring non-traditional students who were receiving veteran’s benefits.

7. While Larry is a great puzzle/game solver (see his backgammon comment), I’m not good at it. I’m lousy at backgammon and chess, for example, and can’t solve the Rubik’s Cube – despite Larry’s attempts to teach me the algorithm. My brain just doesn’t work that way.

8. I love doing what I do. But if I had to do something else, I’d become a professional photographer.

Part of the game is that I must tag other people. Okay: Alexa Weber Morales, Bruce Schneier, Esther Schindler, Bernard Golden and Joel Spolsky.