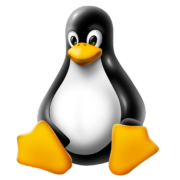 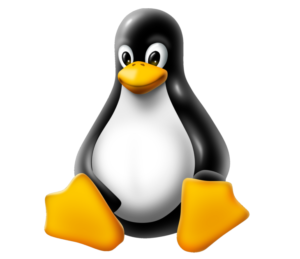 Should the popular Linux operating system be referred to as “Linux” or “GNU/Linux”? It’s a thing, or at least it used to be, writes my friend Christine Hall in her aptly named article, “Is It Linux or GNU/Linux?, published in Linux Journal on May 11:

Some may remember that the Linux naming convention was a controversy that raged from the late 1990s until about the end of the first decade of the 21st century. Back then, if you called it “Linux”, the GNU/Linux crowd was sure to start a flame war with accusations that the GNU Project wasn’t being given due credit for its contribution to the OS. And if you called it “GNU/Linux”, accusations were made about political correctness, although operating systems are pretty much apolitical by nature as far as I can tell.

Christine (aka Bride of Linux) quotes a number of learned people. That includes Steven J. Vaughan-Nichols, one of the top experts in the politics of open-source software – and frequent critic of the antics of Richard M. Stallman (aka RMS) who founded the Free Software Foundation, and who insists that everyone call the software GNU/Linux.

Here’s what Steven (aka SJVN), said in the article:

“Enough already”, he said. “RMS tried, and failed, to create an operating system: Hurd. He and the Free Software Foundation’s endless attempts to plaster his GNU name to the work of Linus Torvalds and the other Linux kernel developers is disingenuous and an insult to their work. RMS gets credit for EMACS, GPL, and GCC. Linux? No.”

Another humble luminary sought out by Christine: Yours truly.

To make a long story short: In the article, the consensus was for Linux, not GNU/Linux.

But then someone going by the handle “figosdev” authored a rebuttal, “Debunking the Usual Omission of GNU,” published on Techrights. To make a long story short, he believes that the operating system should be called GNU/Linux. Here’s my favorite part of figosdev’s missive (which was written in all lower-case):

ive heard about gnu and linux about a million times in over a decade. as of today ive heard of alan zeichick once, and camden associates (what do they even do?) once. im just going to call them linux, its the more popular term.

Riiight. figosdev never heard of me, fine (founder of SD Times, but figosdev probably never heard of that either). On the other hand, at least figosdev knows my name. I have no idea who figosdev is, except to infer that he/she/it is a developer on the fig component compiler project, since he/she/it is hiding behind a handle. And that brings me to

Christine Hall’s article sparked a lively debate on Twitter. As part of it, my friend Richi Jennings (quoted in the original article) tweeted: