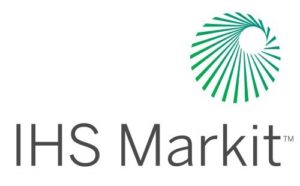 Endpoints everywhere! That’s the future, driven by the Internet of Things. When IoT devices are deployed in their billions, network traffic patterns won’t look at all like today’s patterns. Sure, enterprises have a few employees working at home, or use technologies like MPLS (Multi-Protocol Label Switching) or even SD-WAN (Software Defined Wide-Area Networks) to connect branch offices. However, for the most part, most internal traffic remains within the enterprise LAN, and external traffic is driven by end-users accessing websites from browsers.

The IoT will change all of that, predicts IHS Markit, one of the industry’s most astute analyst firms. In particular, the IoT will accelerate the growth of colo facilities, because it will be to everyone’s benefit to place servers closer to the network edge, avoiding the last mile.

To set the stage, IHS Markit forecasts Internet connectable devices to grow from 27.5 billion in 2017 to 45.4 billion in 2021. That’s a 65% increase in four short years. How will that affect colos? “Data center growth is correlated with general data growth. The more data transmitted via connected devices; the more data centers are needed to store, transfer, and analyze this data.” The analysts say:

In the specific case of the Internet of Things, there’s a need for geographically distributed data centers that can provide low-latency connections to certain connected devices. There are applications, like autonomous vehicles or virtual reality, which are going to require local data centers to manage much of the data processing required to operate.

Therefore, most enterprises will not have the means or the business case to build new data centers everywhere. “They will need to turn to colocations to provide quickly scalable, low capital-intensive options for geographically distributed data centers.”

Another trend being pointed to by IHS Markit: More local processing, rather than relying on servers in a colo-facility, at a cloud provider, or in the enterprise’s own data center. “And thanks to local analytics on devices, and the use of machine learning, a lot of data will never need to leave the device. Which is good news for the network infrastructure of the world that is not yet capable of handling a 65% increase in data traffic, given the inevitable proliferation of devices.”

The folks at IHS Markit have pointed out four key drivers of IoT growth. They paint a compelling picture, which we can summarize here:

The IoT is not new. However, “what is new is it’s now working hand in hand with other transformative technologies like artificial intelligence and the cloud,” said Jenalea Howell, research director for IoT connectivity and smart cities at IHS Markit. “This is fueling the convergence of verticals such as industrial IoT, smart cities and buildings, and the connected home, and it’s increasing competitiveness.”