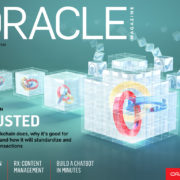 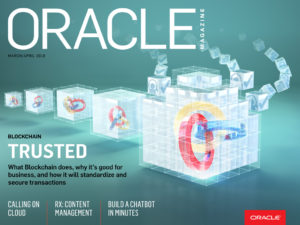 Blockchain is a distributed digital ledger technology in which blocks of transaction records can be added and viewed—but can’t be deleted or changed without detection. Here’s where the name comes from: a blockchain is an ever-growing sequential chain of transaction records, clumped together into blocks. There’s no central repository of the chain, which is replicated in each participant’s blockchain node, and that’s what makes the technology so powerful. Yes, blockchain was originally developed to underpin Bitcoin and is essential to the trust required for users to trade digital currencies, but that is only the beginning of its potential.

Blockchain neatly solves the problem of ensuring the validity of all kinds of digital records. What’s more, blockchain can be used for public transactions as well as for private business, inside a company or within an industry group. “Blockchain lets you conduct transactions securely without requiring an intermediary, and records are secure and immutable,” says Mark Rakhmilevich, product management director at Oracle. “It also can eliminate offline reconciliations that can take hours, days, or even weeks.”

That’s the power of blockchain: an immutable digital ledger for recording transactions. It can be used to power anonymous digital currencies—or farm-to-table vegetable tracking, business contracts, contractor licensing, real estate transfers, digital identity management, and financial transactions between companies or even within a single company.

“Blockchain doesn’t have to just be used for accounting ledgers,” says Rakhmilevich. “It can store any data, and you can use programmable smart contracts to evaluate and operate on this data. It provides nonrepudiation through digitally signed transactions, and the stored results are tamper proof. Because the ledger is replicated, there is no single source of failure, and no insider threat within a single organization can impact its integrity.”

It’s All About Distributed Ledgers

Several simple concepts underpin any blockchain system. The first is the block, which is a batch of one or more transactions, grouped together and hashed. The hashing process produces an error-checking and tamper-resistant code that will let anyone viewing the block see if it has been altered. The block also contains the hash of the previous block, which ties them together in a chain. The backward hashing makes it extremely difficult for anyone to modify a single block without detection.

A chain contains collections of blocks, which are stored on decentralized, distributed servers. The more the better, with every server containing the same set of blocks and the latest values of information, such as account balances. Multiple transactions are handled within a single block using an algorithm called a Merkle tree, or hash tree, which provides fault and fraud tolerance: if a server goes down, or if a block or chain is corrupted, the missing data can be reconstructed by polling other servers’ chains.

And while the chain itself should be open for validation by any participant, some chains can be implemented with some form of access control to limit viewing of specific data fields. That way, participants can view relevant data, but not everything in the chain. A customer might be able to verify that a contractor has a valid business license and see the firm’s registered address and list of complaints—but not see the names of other customers. The state licensing board, on the other hand, may be allowed to access the customer list or see which jobs are currently in progress.

When originally conceived, blockchain had a narrow set of protocols. They were designed to govern the creation of blocks, the grouping of hashes into the Merkle tree, the viewing of data encapsulated into the chain, and the validation that data has not been corrupted or tampered with. Over time, creators of blockchain applications (such as the many competing digital currencies) innovated and created their own protocols—which, due to their independent evolutionary processes, weren’t necessarily interoperable. By contrast, the success of general-purpose blockchain services, which might encompass computing services from many technology, government, and business players, created the need for industry standards—such as Hyperledger, a Linux Foundation project.

Read more in my feature article in Oracle Magazine, March/April 2018, “It’s All About Trust.”

You can rent a mid-size jet aircraft for $50,000 savings
Scroll to top