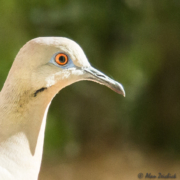 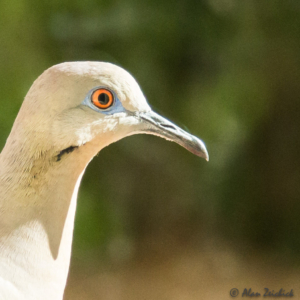 We all have heard the usual bold predictions for technology in 2018: Lots of cloud computing, self-driving cars, digital cryptocurrencies, 200-inch flat-screen televisions, and versions of Amazon’s Alexa smart speaker everywhere on the planet. Those types of predictions, however, are low-hanging fruit. They’re not bold. One might as well predict that there will be some sunshine, some rainy days, a big cyber-bank heist, and at least one smartphone catching fire.

Let’s dig for insights beyond the blindingly obvious. I talked to several tech leaders, deep-thinking individuals in California’s Silicon Valley, asking them for their predictions, their idea of new trends, and disruptions in the tech industry. Let’s see what caught their eye.

Gary Singh, VP of marketing, OnDot Systems, believes that 2018 will be the year when mobile banking will transform into digital banking — which is more disruptive than one would expect. “The difference between digital and mobile banking is that mobile banking is informational. You get information about your accounts,” he said. Singh continues, “But in terms of digital banking, it’s really about actionable insights, about how do you basically use your funds in the most appropriate way to get the best value for your dollar or your pound in terms of how you want to use your monies. So that’s one big shift that we would see start to happen from mobile to digital.”

Tom Burns, Vice President and General Manager of Dell EMC Networking, has been following Software-Defined Wide Area Networks. SD-WAN is a technology that allows enterprise WANs to thrive over the public Internet, replacing expensive fixed-point connections provisioned by carriers using technologies like MPLS. “The traditional way of connecting branches in office buildings and providing services to those particular branches is going to change,” Burns observed. “If you look at the traditional router, a proprietary architecture, dedicated lines. SD-WAN is offering a much lower cost but same level of service opportunity for customers to have that data center interconnectivity or branch connectivity providing some of the services, maybe a full even office in the box, but security services, segmentation services, at a much lower cost basis.”

NetFoundry’s co-founder, Mike Hallett, sees a bright future for Application Specific Networks, which link applications directly to cloud or data center applications. The focus is on the application, not on the device. “For 2018, when you think of the enterprise and the way they have to be more agile, flexible and faster to move to markets, particularly going from what I would call channel marketing to, say, direct marketing, they are going to need application-specific networking technologies.” Hallett explains that Application Specific Networks offer the ability to be able to connect from an application, from a cloud, from a device, from a thing, to any application or other device or thing quickly and with agility. Indeed, those connections, which are created using software, not hardware, could be created “within minutes, not within the weeks or months it might take, to bring up a very specific private network, being able to do that. So the year of 2018 will see enterprises move towards software-only networking.”

Mansour Karam, CEO and founder of Apstra, also sees software taking over the network. “I really see massive software-driven automation as a major trend. We saw technologies like intent-based networking emerge in 2017, and in 2018, they’re going to go mainstream,” he said.

There are predictions around open networking, augmented reality, artificial intelligence – and more. See my full story in Upgrade Magazine, “From SD-WAN to automation to white-box switching: Five tech predictions for 2018.”

How to build trust into a connected car
Scroll to top