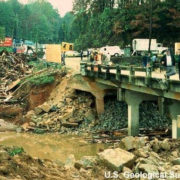 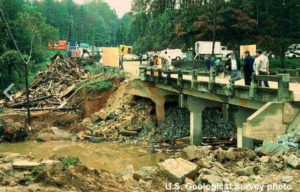 That horrendous number compiles data breaches in the United States confirmed by media sources or government agencies. Breaches may have exposed information that could potentially lead to identity theft, including Social Security numbers, financial account information, medical information, and even email addresses and passwords.

Of course, some people may be included on multiple breaches, and given today’s highly interconnected world, that’s probably very likely. There’s no good way to know how many individuals were affected.

What defines a breach? The organization says,

Security breaches can be broken down into a number of additional sub-categories by what happened and what information (data) was exposed. What they all have in common is they usually contain personal identifying information (PII) in a format easily read by thieves, in other words, not encrypted.

As we’ve seen, data loss has occurred when employees store data files on a cloud service without encryption, without passwords, without access controls. It’s like leaving a luxury car unlocked, windows down, keys on the seat: If someone sees this and steals the car, it’s theft – but it was easily preventable theft abetted by negligence.

It’s mostly but not entirely about hacking. The ITRC says in its “2017 Annual Data Breach Year-End Review,”

Hacking continues to rank highest in the type of attack, at 59.4% of the breaches, an increase of 3.2 percent over 2016 figures: Of the 940 breaches attributed to hacking, 21.4% involved phishing and 12.4% involved ransomware/malware.

Nearly 20% of breaches included credit and debit card information, a nearly 6% increase from last year. The actual number of records included in these breaches grew by a dramatic 88% over the figures we reported in 2016. Despite efforts from all stakeholders to lessen the value of compromised credit/debit credentials, this information continues to be attractive and lucrative to thieves and hackers.

Data theft truly is becoming epidemic. And it’s getting worse.