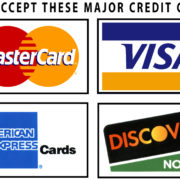 I’ve seen a flurry of these messages recently; by a flurry, I mean 34 in the past two days. The emails come with a variety of texts on the same theme, with randomized “from” email addresses, sender names, salutations, credit-card brand references, and dollar amounts.

The common element: An email attachment. It’s a corrupted Microsoft Word document that contains nasty malware that will do bad things to your computer. (The bad things vary depending which versions of Microsoft Word you have installed.) Don’t open it!

There’s not much that can be learned from examining the email headers. They originated from all over the world. The first of the two shown here entered the Internet’s email stream in South Korea, another from the Netherlands.

If you see messages like this, delete them. Don’t respond. Never open attachments from messages if you don’t know and trust the sender… and even then, be wary.

Scammers warn you to ignore other scams, focus on their scams instead
Scroll to top