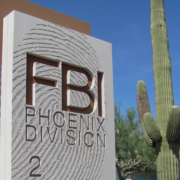 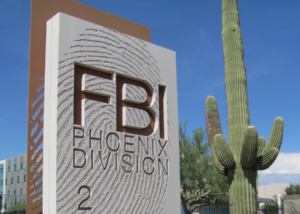 The Federal Bureau of Investigation

MK Palmore is an Information Security Risk Management Executive with the FBI’s Cyber Branch in San Francisco. He runs the cyber-security teams assigned to the San Francisco division of the FBI. “My teams here in San Francisco typically play some part in the investigations, where our role is to identify, define attribution, and get those folks into the U.S. Justice system.”

“The FBI is 35,000-plus personnel, U.S.-based, and part of the Federal law enforcement community,” says Palmore. “There are 56 different field offices throughout the United States of America, but we also have an international presence in more than 62 cities throughout the world. A large majority of those cities contain personnel that are assigned there specifically for responsibilities in the cyber-security realm, and often-times are there to establish relationships with our counterparts in those countries, but also to establish relationships with some of the international companies, and folks that are raising their profile as it relates to international cyber-security issues.”

“I found a giant hole in the way that private sector businesses are handling their security,” said Michael Levin. “They forgot one very important thing. They forgot to train their people what to do. I work with organizations to try to educate people — we’re not doing a very good job of protecting ourselves. “

A leading expert in cyber-security, Levin is Former Deputy Director, U.S. Department of Homeland Security’s National Cyber-Security Division. He retired from the government a few years ago, and is now CEO & Founder of the Center for Information Security Awareness.

The Modern Hacker: Who They Are, What They Want

There are essentially four groups of cyber-threat activists that we need to be concerned with, explained the FBI’s Palmore. “I break them down as financially-motivated criminal intrusion, threat actors, nation states, hacktivists, and then those security incidents caused by what we call the insider threat. The most prevalent of the four groups, and the most impactful, typically, are those motivated by financial concerns.”

“We’re talking about a global landscape, and the barrier to entry for most financially-motivated cyber-threat actors is extremely low,” Palmore continued. “In terms of looking at who these folks are, and in terms of who’s on the other end of the keyboard, we’re typically talking about mostly male threat actors, sometimes between the ages of, say, 14 and 32 years old. We’ve seen them as young as 14.”

Criminals? Nation states? Hacktivists? Insiders? While that matters to law enforcement, it shouldn’t to individuals and enterprise, said CIFSA’s Levin. “For most people, they don’t care if it’s a nation state. They just want to stop the bleeding. They don’t care if it’s a hacktivist, they just want to get their site back up. They don’t care who it is. They just start trying to fix the problem, because it means their business is being attacked, or they’re having some sort of a failure, or they’re losing data. They’re worried about it. So, from a private sector company’s business, they may not care.”

However, “Law enforcement cares, because they want to try to catch the bad guy. But for the private sector is, the goal is to harden the target,” points out Levin. “Many of these attacks are, you know, no different from a car break-in. A guy breaking into cars is going to try the handle first before he breaks the window, and that’s what we see with a lot of these hackers. Doesn’t matter if they’re nation states, it doesn’t matter if they’re script kiddies. It doesn’t matter to what level of the sophistication. They’re going to look for the open doors first.”

The Secret Service focuses almost exclusively about folks trying to steal money. “Several decades ago, there was a famous United States bank robber named Willie Sutton,” said Layton. “Willie Sutton was asked, why do you rob banks? ‘Because that’s where the money is.’ Those are the people that we deal with.”

Layton explained that the Secret Service has about a 25-year history of investigating electronic crimes. The first electronic crimes taskforce was established in New York City 25 years ago. “What has changed in the last five or 10 years? The groups worked in isolation. What’s different? It’s one thing: They all know each other. They all are collaborative. They all use Russian as a communications modality to talk to one another in an encrypted fashion. That’s what’s different, and that represents a challenge for all of us.”

Palmore, Levin, and Layton have excellent, practical advice on how businesses and individuals can protect themselves from cybercrime. They also explain how law enforcement can help. Read more in my article for Upgrade Magazine, “The new hacker — Who are they, what they want, how to defeat them.”

Forget the IoT: It’s all about the Industrial IoT