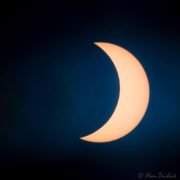 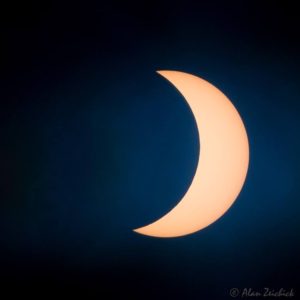 What happens when the sun goes disappears during the daytime? Rabbi Margaret Frisch Klein, of Congregation Kneseth Israel in Elgin, Illinois, wrote in her Energizer Rabbi blog on Aug. 22, 2017, just before the solar eclipse:

The sun is going to disappear on Monday. It is going to be hidden. The Chinese thought that a dragon was eating the moon. The Romans thought that the sun was poisoned and dying. Universally, they were seen as a time of fear.

Jews understood that the moon was passing between the sun and earth creating that shadow. And while I am fond of saying that there is a blessing for everything in Judaism, apparently, there is no blessing for an eclipse, while there is for hail, rain, rainbows, flowers. All sorts of natural wonders. But not an eclipse.

The rabbis knew about eclipses. They could even accurately predict them, well into the future. Rambam, the famous commentator was a rabbi, a physician and an astronomer.

The rabbis even believe that they are mentioned all the way back in Genesis One in the description of the Creation. “And G-d said, “Let there be luminaries in the expanse of the heavens…and they shall be for signs and for appointed seasons and for days and years.” Rashi, the medieval commentator told us that “for signs” referred to when the luminaries are eclipsed and that “this is an unfavorable omen for the world.”

But while some argued we should be afraid, Rashi actually concludes his commentary with words of comfort, from Jeremiah, who I find the least comforting of the prophets, As it is said, ‘And from the signs of heaven be not dismayed, etc. (Jeremiah 10:2). When you perform the will of the Holy One, you need not fear retribution.”

Reading down, I was delighted to discover that she cited and reproduced my own poem.

Perhaps Alan Zeichick, a lay leader and former North American board member of the Reform movement, captured it best in his poem he wrote for Selichot after seeing a partial eclipse.

My poem, from 2015, was entitled, “Before I Die, I Want to Know the Face of God.” Read the whole thing in Rabbi Frisch Klein’s blog post, “Finding Joy in Sight: Re’ah.”

The same coding bugs cause the same security vulnerabilities, year after ye...

Well, what the heck, I went and did my Halloween best
Scroll to top