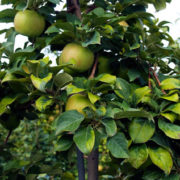 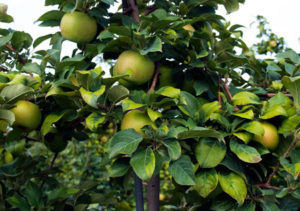 Apply patches. Apply updates. Those are considered to be among the lowest-hanging of the low-hanging fruit for IT cybersecurity. When commercial products release patches, download and install the code right away. When open-source projects disclose a vulnerability, do the appropriate update as soon as you can, everyone says.

A problem is that there are so many patches and updates. They’re found in everything from device firmware to operating systems, to back-end server software to mobile apps. To be able to even discover all the patches is a huge effort. You have to know:

The above steps are merely for discovery of the issue and the existence of a patch. You haven’t protected anything until you’ve installed the patch, which often (but not always) requires taking the hardware, software, or service offline for minutes or hours. This requires scheduling. And inconvenience. Even if you have patch-management tools (and there are many available), too many low-hanging fruit can be overlooked.

You Can’t Wait for That Downtime Window

As Oracle CEO Larry Ellison made important points about patching at his keynote at OpenWorld 2017,

Our data centers are enormously complicated. There are lots of servers and storage and operating systems, virtual machines, containers and databases, data stores, file systems. And there are thousands of them, tens of thousands, hundreds of thousands of them. It’s hard for people to locate all these things and patch them. They have to be aware there’s a vulnerability. It’s got to be an automated process.

You can’t wait for a downtime window, where you say, “Oh, I can’t take the system down. I know I’ve got to patch this, but we have scheduled downtime middle of next month.” Well, that’s wrong thinking and that’s kind of lack of priority for security.

All that said, patching and updating must be a priority. Dr. Ron Layton, Deputy Assistant Director of the U.S. Secret Service, said at the NetEvents Global Press Summit, September 2017:

Most successful hacks and breaches – most of them – were because low-level controls were not in place. That’s it. That’s it. Patch management. It’s the low-level stuff that will get you to the extent that the bad guys will say, I’m not going to go here. I’m going to go somewhere else. That’s it.

The Scale of Security Issues Is Huge

I receive many regular email from various defect-tracking and patch-awareness lists. Here’s one weekly sample from the CERT teams at U.S. Dept. of Homeland Security. IT pros won’t be surprised at how large it is: https://www.us-cert.gov/ncas/bulletins/SB17-296

This is a typical week – and not all those vulnerabilities in the CERT report have patches yet. CERT is only one source, by the way. Want more? Here’s a list of security-related updates from Apple. Here is a list of a security updates from Juniper Networks. A list of from Microsoft. And Red Hat too.

So: When security analysts say that enterprises merely need to keep up with patches and fixes, well, yes, that’s the low-hanging fruit. However, nobody talks about how much of that low-hanging fruit there is. The amount is overwhelming in an enterprise. No wonder some rotten fruit slip through the cracks.

Buying a “Best in Business” award?

The same coding bugs cause the same security vulnerabilities, year after ye...
Scroll to top