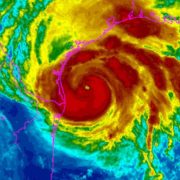 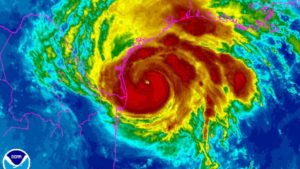 The water is rising up over your desktops, your servers, and your data center. Glug, glug, gurgle.

You’d better hope that the disaster recovery plans included the word “offsite.” Hope the backup IT site wasn’t another local business that’s also destroyed by the hurricane, the flood, the tornado, the fire, or the earthquake.

Disasters are real, as August’s Hurricane Harvey and immense floods in Southeast Asia have taught us all. With tens of thousands of people displaced, it’s hard to rebuild a business. Even with a smaller disaster, like a power outage that lasts a couple of days, the business impact can be tremendous.

I once worked for a company in New York that was hit by a blizzard that snapped the power and telephone lines to the office building. Down went the PBX, down went the phone system and the email servers. Remote workers (I was in in California) were massively impaired. Worse, incoming phone calls simply rang and rang; incoming email messages bounced back to the sender.

With that storm, electricity was gone for more than a week, and broadband took an additional time to be restored. You’d better believe our first order of business, once we began the recovery phase, was to move our internal Microsoft Exchange Server to a colocation facility with redundant T1 lines, and move our internal PBX to a hosted solution from the phone company. We didn’t like the cost, but we simply couldn’t afford to be shut down again the next time a storm struck.

These days, the answer lies within the cloud, either for primary data center operations, or for the source of a backup. (Forget trying to salvage anything from a submerged server rack or storage system.)

Are you ready for a disaster? In a February 2017 study conducted by the Disaster Recovery Journal and Forrester Research, “The State Of Disaster Recovery Preparedness 2017,” only 18% of disaster recovery decision makers said they were “very prepared” to recover their data center in the event of a site failure or disaster event. Another 37% were prepared, 34% were somewhat prepared, and 11% not prepared at all.

That’s not good enough if you’re in Houston or Bangladesh or even New York during a blizzard. And that’s clear even among the survey respondents, 43% of whom said there was a business requirement to stay online and competitive 24×7. The cloud is considered to be one option for disaster recovery (DR) planning, but it’s not the only one. Says the study:

DR in the cloud has been a hot topic that has garnered a significant amount of attention during the past few years. Adoption is increasing but at a slow rate. According to the latest survey, 18 percent of companies are now using the cloud in some way as a recovery site – an increase of 3 percent. This includes 10 percent who use a fully packaged DR-as-a-Service (DRaaS) offering and 8 percent who use Infrastructure-as-a-Service (IaaS) to configure their own DR in the cloud configuration. Use of colocation for recovery sites is remains consistent at 37 percent (roughly the same as the prior study). However, the most common method of sourcing recovery sites is still in-house at 43 percent.

The study shows that 43% own their site and IT infrastructure. Also, 37% use a colocation site with their own infrastructure, 20% used a shared, fix-site IT IaaS provider, 10% use DRaaS offering in the cloud, and only 8% use public cloud IaaS as a recovery site.

For the very largest companies, the public cloud, or even a DRaaS provider, may not be the way to go. If the organization is still maintaining a significant data center (or multiple data centers), the cost and risks of moving to the cloud are significant. Unless a data center is heavily virtualized, it will be difficult to replicate the environment – including servers, storage, networking, and security – at a cloud provider.

For smaller businesses, however, moving to a cloud system is becoming increasingly cost-effective. It’s attractive for scalability and OpEx reasons, and agile for deploying new applications. This month’s hurricanes offer an urgent reason to move away from on-prem or hybrid to a full cloud environment — or at least explore DRaaS. With the right service provider, offering redundancy and portability, the cloud could be the only real hope in a significant disaster.

Cyberwar: Can Navy ships like the USS John S. McCain be hacked?

U.S. Secretary of State Rex Tillerson is spamming me from Benin
Scroll to top