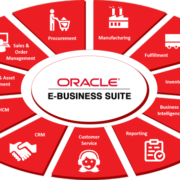 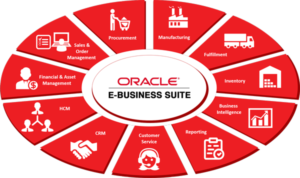 When was the last time most organizations discussed the security of their Oracle E-Business Suite? How about SAP S/4HANA? Microsoft Dynamics? IBM’s DB2? Discussions about on-prem server software security too often begin and end with ensuring that operating systems are at the latest level, and are current with patches.

That’s not good enough. Just as clicking on a phishing email or opening a malicious document in Microsoft Word can corrupt a desktop, so too server applications can be vulnerable. When those server applications are involved with customer records, billing systems, inventory, transactions, financials, or human resources, a hack into ERP or CRM systems can threaten an entire organization. Worse, if that hack leveraged stolen credentials, the business may never realize that competitors or criminals are stealing its data, and potentially even corrupting its records.

A new study from the Ponemon Institute points to the potential severity of the problem. Sixty percent of the respondents to the “Cybersecurity Risks to Oracle E-Business Suite” say that information theft, modification of data and disruption of business processes on their company’s Oracle E-Business Suite applications would be catastrophic. While 70% respondents said a material security or data breach due to insecure Oracle E-Business Suite applications is likely, 67% of respondents believe their top executives are not aware of this risk. (The research was sponsored by Onapsis, which sells security solutions for ERP suites, so apply a little sodium chloride to your interpretation of the study’s results.)

Yet more than half of respondents – 53% — said that it was Oracle’s responsibility to ensure that its applications and platforms are safe and secure. Unless they’ve contracted with Oracle to manage their on-prem applications, and to proactively apply patches and fixes, well, they are delusional.

What About Non-Oracle Packages?

This Ponemon/Onapsis study represents only one data point. It does not adequately discuss the role of vendors in this space, including ERP/CRM value-added resellers, consultants and MSSPs (managed security service providers). It also doesn’t differentiate between Oracle instances running on-prem compared to the Oracle ERP Cloud – where Oracle does manage all the security.

Surprising, packaged software isn’t talked about very often. Given the amount of chatter at most security conferences, bulletin boards, and the like, packaged applications like these on-prem ERP or CRM suites are rarely a factor in conversations about security. Instead, everyone is seemingly focused on the endpoint, firewalls, and operating systems. Sometimes we’ll see discussions of the various tiers in an n-tier architecture, such as databases, application servers, and presentation systems (like web servers or mobile app back ends).

Another company that offers ERP security, ERPScan, conducted a study with Crowd Research Partners focused on SAP. The “ERP Cybersecurity Study 2017” said that (and I quote from the report on these bullet points):

Of course, we still must secure our operating systems, network perimeters, endpoints, mobile applications, WiFi networks, and so-on. Let’s not forget, however, the crucial applications our organizations depend upon. Breaches into those systems could be invisible – and ruinous to any business.

U.S. Secretary of State Rex Tillerson is spamming me from Benin

The amazing HP calculators of the 1970s
Scroll to top