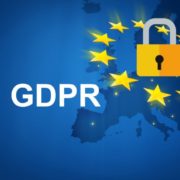 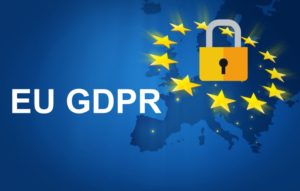 The European Union is taking computer security, data breaches, and individual privacy seriously. The EU’s General Data Protection Regulation (GDPR) will take effect on May 25, 2018 – but it’s not only a regulation for companies based in Europe.

The GDPR is designed to protect European consumers. That means that every business that stores information about European residents will be affected, no matter where that business operates or is headquartered. That means the United States, and also a post-Brexit United Kingdom.

There’s a hefty price for non-compliance: Businesses can be fined up to 4% of their worldwide top-line revenue, with a cap of €20 million. No matter how you slice it, for most businesses that’s going to hurt, though for some of the tech industry’s giants, that €20 million penalty might look like a slap on the wrist.

A big topic within GDPR is “data portability.” That is the notion that an individual has the right to see information that it has shared with an organization (or has given permission to be collected), inn a commonly used machine-readable format. Details need to be worked out to make that effective.

Another topic is that individuals have the right to make changes to some of their information, or to delete all or part of their information. No, customers can’t delete their transaction history, for example, or delete that they owe the organization money. However, they may choose to delete information that the organization may have collected, such as their age, where they went to college, or the names of their children. They also have the right to request corrections to the data, such as a misspelled name or an incorrect address.

That’s not as trivial as it may seem. It is not uncommon for organizations to have multiple versions of, say, a person’s name and spelling, or to have the information contain differences in formatting. This can have implications when records don’t match. In some countries, there have been problems with a traveler’s passport information not 100% exactly matching the information on a driver’s license, airline ticket, or frequent traveller program. While the variations might appear trivial to a human — a missing middle name, a missing accent mark, an extra space — it can be enough to throw off automated data processing systems, which therefore can’t 100% match the traveler to a ticket. Without rules like the GDPR, organizations haven’t been required to make it easy, or even possible, for customers to make corrections.

Not a Complex Document, But a Tricky One

A cottage industry has arisen with consultancies offering to help European and global companies ensure GDPR prior to implementation. Astonishingly, for such an important regulation, the GDPR itself is relatively short – only 88 pages of fairly easy-to-read prose. Of course, some parts of the GDPR refer back to other European Union directives. Still, the intended meaning is clear.

For example, this clause on sensitive data sounds simple – but how exactly will it be processed? This is why we have consultants.

Personal data which are, by their nature, particularly sensitive in relation to fundamental rights and freedoms merit specific protection as the context of their processing could create significant risks to the fundamental rights and freedoms. Those personal data should include personal data revealing racial or ethnic origin, whereby the use of the term ‘racial origin’ in this Regulation does not imply an acceptance by the Union of theories which attempt to determine the existence of separate human races. The processing of photographs should not systematically be considered to be processing of special categories of personal data as they are covered by the definition of biometric data only when processed through a specific technical means allowing the unique identification or authentication of a natural person. Such personal data should not be processed, unless processing is allowed in specific cases set out in this Regulation, taking into account that Member States law may lay down specific provisions on data protection in order to adapt the application of the rules of this Regulation for compliance with a legal obligation or for the performance of a task carried out in the public interest or in the exercise of official authority vested in the controller. In addition to the specific requirements for such processing, the general principles and other rules of this Regulation should apply, in particular as regards the conditions for lawful processing. Derogations from the general prohibition for processing such special categories of personal data should be explicitly provided, inter alia, where the data subject gives his or her explicit consent or in respect of specific needs in particular where the processing is carried out in the course of legitimate activities by certain associations or foundations the purpose of which is to permit the exercise of fundamental freedoms.

The Right to Be Forgotten

Vious EU members states have “rights to be forgotten” rules, which let individuals request that some data about them be deleted. These rules are tricky for rest-of-world organizations, where there may not be any such regulations, and those regulations may be in conflict with other rules (such as in the U.S., freedom of the press). Still, the GDPR strengthens those rules – and this will likely be one of the first areas tested with lawsuits and penalties, particularly with children:

A data subject should have the right to have personal data concerning him or her rectified and a ‘right to be forgotten’ where the retention of such data infringes this Regulation or Union or Member State law to which the controller is subject. In particular, a data subject should have the right to have his or her personal data erased and no longer processed where the personal data are no longer necessary in relation to the purposes for which they are collected or otherwise processed, where a data subject has withdrawn his or her consent or objects to the processing of personal data concerning him or her, or where the processing of his or her personal data does not otherwise comply with this Regulation. That right is relevant in particular where the data subject has given his or her consent as a child and is not fully aware of the risks involved by the processing, and later wants to remove such personal data, especially on the internet. The data subject should be able to exercise that right notwithstanding the fact that he or she is no longer a child. However, the further retention of the personal data should be lawful where it is necessary, for exercising the right of freedom of expression and information, for compliance with a legal obligation, for the performance of a task carried out in the public interest or in the exercise of official authority vested in the controller, on the grounds of public interest in the area of public health, for archiving purposes in the public interest, scientific or historical research purposes or statistical purposes, or for the establishment, exercise or defence of legal claims.

Time to Get Up to Speed

In less than a year, many organizations around the world will be subject to the European Union’s GDPR. European businesses are working hard to comply with those regulations. For everyone else, it’s time to start – and yes, you probably do want a consultant.

Want to join the discussion?
Feel free to contribute!