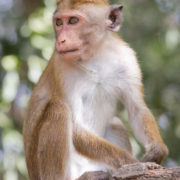 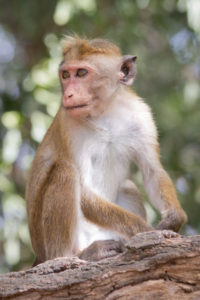 Here are a few excerpts from one of the most important articles on leadership ever published. “Management Time: Who’s Got the Monkey?,” from Harvard Business Review in 1974, equally applies to the business and non-profit worlds.

The premise of the article, by William Oncken Jr. and Donald L. Wass, is that leaders too often take over responsibility for tasks that should be owned by their employees or volunteers. The authors refer to this as “subordinate-imposed time.” This not only harms the organization, but overloads the leaders. The manager’s objective should be to guide, to mentor, to advise, to set objectives, to define success, to help secure resources – but not take on the work!

What’s essential to remember is that the task — the monkey — can only be on one person’s back at a time. Should it be on yours? (Or as I put it when doing management training, should the ball be in your court, or in someone else’s court?)

Let us imagine that a manager is walking down the hall and that he notices one of his subordinates, Jones, coming his way. When the two meet, Jones greets the manager with, “Good morning. By the way, we’ve got a problem. You see….” As Jones continues, the manager recognizes in this problem the two characteristics common to all the problems his subordinates gratuitously bring to his attention. Namely, the manager knows (a) enough to get involved, but (b) not enough to make the on-the-spot decision expected of him. Eventually, the manager says, “So glad you brought this up. I’m in a rush right now. Meanwhile, let me think about it, and I’ll let you know.” Then he and Jones part company.

The subordinate, to make sure the manager does not miss this point, will later stick her head in the manager’s office and cheerily query, “How’s it coming?” (This is called supervision.)

Excerpt 2: Who owns the initiative?

What we have been driving at in this monkey-on-the-back analogy is that managers can transfer initiative back to their subordinates and keep it there. We have tried to highlight a truism as obvious as it is subtle: namely, before developing initiative in subordinates, the manager must see to it that they have the initiative. Once the manager takes it back, he will no longer have it and he can kiss his discretionary time good-bye. It will all revert to subordinate-imposed time.

It’s not a long article. Read it!

Flat tire adventures with a Prius: Jacks and donuts spares

End of an era: BZ Media’s SD Times to be acquired by D2 Emerge LLC
Scroll to top