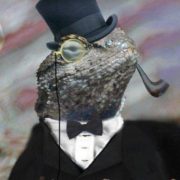 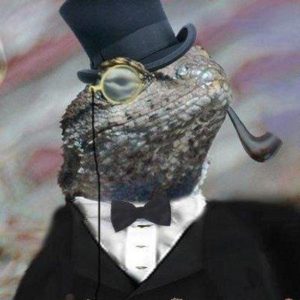 The Federal Bureau of Investigation is warning about potential attacks from a hacking group called Lizard Squad. This information, released today, was labeled “TLP:Green” by the FBI and CERT, which means that it shouldn’t be publicly shared – but I am sharing it because this information was published on a publicly accessible blog run by the New York State Bar Association. I do not know why distribution of this information was restricted.

An individual or group claiming to be “Anonymous” or “Lizard Squad” sent extortion emails to private-sector companies threatening to conduct distributed denial of service (DDoS) attacks on their network unless they received an identified amount of Bitcoin. No victims to date have reported DDoS activity as a penalty for non-payment.

In April and May 2017, at least six companies received emails claiming to be from “Anonymous” and “Lizard Squad” threatening their companies with DDoS attacks within 24 hours unless the company sent an identified amount of Bitcoin to the email sender. The email stated the demanded amount of Bitcoin would increase each day the amount went unpaid. No victims to date have reported DDoS activity as a penalty for nonpayment.

Reporting on schemes of this nature go back at least three years.

In 2016, a group identifying itself as “Lizard Squad” sent extortion demands to at least twenty businesses in the United Kingdom, threatening DDoS attacks if they were not paid five Bitcoins (as of 14 June, each Bitcoin was valued at 2,698 USD). No victims reported actual DDoS activity as a penalty for non-payment.

Between 2014 and 2015, a cyber extortion group known as “DDoS ‘4’ Bitcoin” (DD4BC) victimized hundreds of individuals and businesses globally. DD4BC would conduct an initial, demonstrative low-level DDoS attack on the victim company, followed by an

email message introducing themselves, demanding a ransom paid in Bitcoins, and threatening a higher level attack if the ransom was not paid within the stated time limit. While no significant disruption or DDoS activity was noted, it is probable companies paid the ransom to avoid the threat of DDoS activity.

If you have received one of these demands:

The FBI encourages recipients of this document to report information concerning suspicious or criminal activity to their local FBI field office or the FBI’s 24/7 Cyber Watch (CyWatch). Field office contacts can be identified at www.fbi.gov/contact-us/field. CyWatch can be contacted by phone at (855) 292-3937 or by e-mail at email hidden; JavaScript is required. When available, each report submitted should include the date, time, location, type of activity, number of people, and type of equipment used for the activity, the name of the submitting company or organization, and a designated point of contact. Press inquiries should be directed to the FBI’s national Press Office at email hidden; JavaScript is required or (202) 324-3691.

Flat tire adventures with a Prius: Jacks and donuts spares
Scroll to top