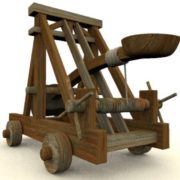 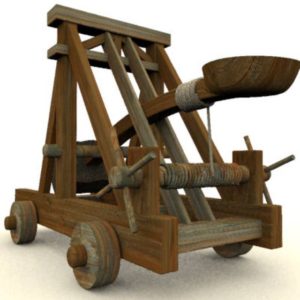 An organization’s Chief Information Security Officer’s job isn’t ones and zeros. It’s not about unmasking cybercriminals. It’s about reducing risk for the organization, for enabling executives and line-of-business managers to innovate and compete safely and  securely. While the CISO is often seen as the person who loves to say “No,” in reality, the CISO wants to say “Yes” — the job, after all, is to make the company thrive.

Meanwhile, the CISO has a small staff, tight budget, and the need to demonstrate performance metrics and ROI. What’s it like in the real world? What are the biggest challenges? We asked two former CISOs (it’s hard to get current CISOs to speak on the record), both of whom worked in the trenches and now advise CISOs on a daily basis.

To Jack Miller, a huge challenge is the speed of decision-making in today’s hypercompetitive world. Miller, currently Executive in Residence at Norwest Venture Partners, conducts due diligence and provides expertise on companies in the cyber security space. Most recently he served as chief security strategy officer at ZitoVault Software, a startup focused on safeguarding the Internet of Things.

Before his time at ZitoVault, Miller was the head of information protection for Auto Club Enterprises. That’s the largest AAA conglomerate with 15 million members in 22 states. Previously, he served as the CISO of the 5th and 11th largest counties in the United States, and as a security executive for Pacific Life Insurance.

“Big decisions are made in the blink of an eye,” says Miller. “Executives know security is important, but don’t understand how any business change can introduce security risks to the environment. As a CISO, you try to get in front of those changes – but more often, you have to clean up the mess afterwards.”

Another CISO, Ed Amoroso, is frustrated by the business challenge of justifying a security ROI. Amoroso is the CEO of TAG Cyber LLC, which provides advanced cybersecurity training and consulting for global enterprise and U.S. Federal government CISO teams. Previously, he was Senior Vice President and Chief Security Officer for AT&T, and managed computer and network security for AT&T Bell Laboratories. Amoroso is also an Adjunct Professor of Computer Science at the Stevens Institute of Technology.

Amoroso explains, “Security is an invisible thing. I say that I’m going to spend money to prevent something bad from happening. After spending the money, I say, ta-da, look, I prevented that bad thing from happening. There’s no demonstration. There’s no way to prove that the investment actually prevented anything. It’s like putting a “This House is Guarded by a Security Company” sign in front of your house. Maybe a serial killer came up the street, saw the sign, and moved on. Maybe not. You can’t put in security and say, here’s what didn’t happen. If you ask, 10 out of 10 CISOs will say demonstrating ROI is a huge problem.”

Read more in my article for Global Banking & Finance Magazine, “Be Prepared to Get Fired! And Other Business Advice for CISOs.”