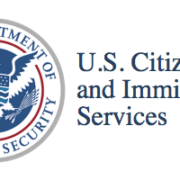 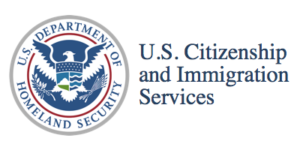 In 2016, Carnival Cruises was alleged to have laid off its entire 200-person IT department – and forced its workers to train foreign replacements. The same year, about 80 IT workers at the University of California San Francisco were laid off, and forced to trained replacements, lower-paid tech workers from an Indian outsourcing firm. And according to the Daily Mail:

Walt Disney Parks and Resorts is being sued by 30 former IT staff from its Florida offices who claim they were unfairly replaced by foreign workers— but only after being forced to train them up.

The suit, filed Monday in an Orlando court, alleges that Disney laid off 250 of its US IT staff because it wanted to replace them with staff from India, who were hired in on H-1B foreign employee visas.

On one hand, these organizations were presumably quite successful with hiring American tech workers… but such workers are expensive. Thanks to a type of U.S. visa, called the H-1B, outsource contractors can bring in foreign workers, place them with those same corporations, and pay them a lot less than American workers. The U.S. organization, like Carnival Cruises, saves money. The outsource contractor, which might be a high-profile organization like the Indian firm Infosys, makes money. The low-cost offshore talent gets decent jobs and a chance to live in the U.S. Everyone wins, right? Except the laid-off American tech workers.

This type of bargain outsourcing is not what the H-1B was designed for. It wasn’t for laying off expensive U.S. workers and hiring or contracting with lower-paid foreign workers. It was intended to help companies bring in overseas experts when they can’t fill the job with qualified local applicants. Clearly that’s not what’s happening here.

It’s Not Supposed to Be About Cheap Labor

Also, the goal was definitely not to let companies reduce their payroll costs. To quote from the U.S. Citizenship & Immigration Services website about H-1B requirements:

Requirement 4— You must be paid at least the actual or prevailing wage for your occupation, whichever is higher.

The prevailing wage is determined based on the position in which you will be employed and the geographic location where you will be working (among other factors).

The challenge is the way that H-1B visas are allocated – which is in a lottery system, based on the number of applications. There’s a cap of only 65,000 visas each year. Outsourcing companies flood the system with hundreds of thousands of applications, whereas the companies that truly need a few specialized tech experts ask for a relative handful. (There are separate rules for educational institutions, like universities, and for those hiring workers with advanced post-graduate degrees.)

H-1B visas have been in the news for decades, as tech companies lobby to increase the quota. Everyone, remember, likes the H-1B visa, except for American tech workers whose jobs are displaced.

Most recently, the U.S. government has warned about a crackdown on H-1B abuses. According to CNN,

While H-1B visas are used to fill the U.S. skills gap, the Trump administration has voiced concerns about abuse of the program. In some cases, outsourcing firms flood the system with applicants, obtaining visas for foreign workers and then contracting them out to tech companies. American jobs are sometimes replaced in the process, critics say.

IT offshore outsourcing giant Infosys — a firm in the Trump administration’s H-1B reform bulls eye — said Tuesday it plans to hire 10,000 “American workers” over the next two years.

The India-based Infosys will hire those employees in four separate locations in the U.S., first in Indiana, which offered the company more than $30 million in tax credits. The other locations weren’t announced.

Look for the H-1B visa issue to remain in the U.S. news spotlight all year during the battle over immigration, employment, and the power of Silicon Valley.