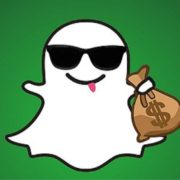 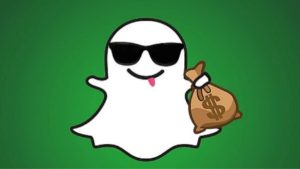 What’s the Snapchat appeal? For now, it’s a red-hot initial public offering and the promise of more public offerings to come, after a period of slow tech movement on Wall Street.

The Snapchat social-media service is perplexing to nearly anyone born before 1990, myself included. That didn’t stop its debut on the New York Stock Exchange from ringing everyone’s bell. According to Fox News, Snapchat’s (SNAP) wildly successful trading debut, which bested Facebook’s (FB), Alibaba’s (BABA) and Google’s (GOOGL). At the outset of trading Thursday, the stock jumped more than 40 percent to $24 a share, no thanks to Main Street investors who were largely left out of the action. Snapchat surged 44 percent Thursday, closing at $24.48, which valued the social media company’s market cap around $28.3 billion.

Not bad for a social media service whose appeal is that its messages, photos and videos only stick around for a little while, and then vanish forever. That places Snapchat in stark contract against services like Facebook and Twitter, which saves everything forever (unless the original poster goes back a deletes a specific post).

Snapchat’s hot IPO came on one of the biggest recent days on stock markets, with the FTSE 100 and Dow breaking records. As reported by the Telegraph:

On Wall Street, the Dow Jones crossed the 21,000 mark for the first time ever, as industrial and banking stocks rallied. Clocking in at 25 trading sessions, the rally from 20,000 to 21,000 is the Dow’s fastest move between thousand-point milestones since 1999.

According to MarketWatch, possible hot IPOs to watch for in 2017 include:

It will be a rollercoaster ride this year. Let’s hope the market exuberance doesn’t go the way of Snapchat’s messages: Poof!