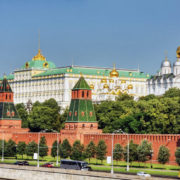 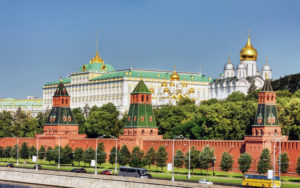 Was the Russian government behind the 2004 theft of data on about 500 million Yahoo subscribers? The U.S. Justice Department thinks so: It accused two Russian intelligence officers of directing the hacking efforts, and also named two hackers as being part of the conspiracy to steal the data.

According to Mary B. McCord, Acting Assistant Attorney General,

The defendants include two officers of the Russian Federal Security Service (FSB), an intelligence and law enforcement agency of the Russian Federation and two criminal hackers with whom they conspired to accomplish these intrusions. Dmitry Dokuchaev and Igor Sushchin, both FSB officers, protected, directed, facilitated and paid criminal hackers to collect information through computer intrusions in the United States and elsewhere.

Ms. McCord added that scheme targeted Yahoo accounts of Russian and U.S. government officials, including security staff, diplomats and military personnel. “They also targeted Russian journalists; numerous employees of other providers whose networks the conspirators sought to exploit; and employees of financial services and other commercial entities,” she said.

From a technological perspective, the hackers first broke into computers of American companies providing email and internet-related services. From there, they harvested information, including information about individual users and the private contents of their accounts. The hackers, explained Ms. McCord, were hired to gather information for the FSB officers — classic espionage. However, they quietly went farther to steal financial information, such as gift card and credit card numbers, from users’ email accounts — and also use millions of stolen Yahoo accounts to set up an email spam scheme.

Was this state-sponsored cybertheft? Probably, but it’s not certain. What we have are serious allegations, but we don’t know if the FSB agents were working on orders from the Kremlin, or if they were running their own operation for their own private benefit. It’s simply too soon to tell.

Similarly, it’s too soon to know who is behind this week’s use of hijacked Twitter accounts to fling some nasty rhetoric against the Netherlands. This comes on the heels of the Dutch government’s efforts to block Turkish government ministers from traveling to the Netherlands to encourage Turkish ex-pats to vote in a Turkish referendum. At the same time, the Netherlands themselves were having an important election, with one of the leading candidates offering an isolationist, anti-Muslim platform. According to Reuters,

A diplomatic spat between Turkey, the Netherlands and Germany spread online on Wednesday when a large number of Twitter accounts were hijacked and replaced with anti-Nazi messages in Turkish.

The account hijackings took place as the Dutch began voting on Wednesday in a parliamentary election that is seen as a test of anti-establishment and anti-immigrant sentiment.

The hacked accounts featured tweets with Nazi symbols, a variety of hashtags and the phrase “See you on April 16”, the date of a planned referendum in Turkey on extending Erdogan’s presidential powers.

Among them were the accounts of the European Parliament and the personal profile of French conservative politician Alain Juppe.

They also included the UK Department of Health and BBC North America, along with the profile of Marcelo Claure, the chief executive of U.S. telecoms operator Sprint Corp.

Other accounts included publishing sites for Die Welt, Forbes and Reuters Japan and several non-profit agencies including Amnesty International and UNICEF USA, as well as Duke University in the United States.

How did the hackers get access to Twitter? In part by breaking into a Dutch audience analytics company, which would have had access to some or all of those accounts. As Reuters reported,

At least some of the hijacked tweets appear to have been delivered via Twitter Counter, a Netherlands-based Twitter audience analytics company. Twitter Counter Chief Executive Omer Ginor acknowledged via email that the service had been hacked.

Last Saturday, denial of service attacks staged by a Turkish hacking group hit the websites of Rotterdam airport and anti-Islam firebrand Geert Wilders, whose Freedom Party is vying to form to form the biggest party in the Dutch parliament.

So – as with the Yahoo hack in 2014 – are these the work of state-sponsored hackers? Or of hackers who believe in a cause, and who are working on their own to support that cause? It’s too soon to tell, and in this case, we may never know; it’s unclear if any organizations as powerful as the U.S. Justice Department and FBI are investigating. What we do know, though, is that nearly everything is vulnerable. A reputable analytics service can be hacked in order to provide a backdoor means to take over Twitter accounts. Internet access companies can be subverted and used for espionage or for staging man-in-the-middle attacks.

How many more of these attacks will be unveiled in the weeks, months and years ahead? One safe prediction: There will be many more attacks — whether state sponsors are behind them or not.