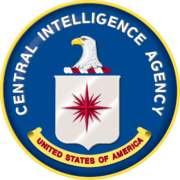 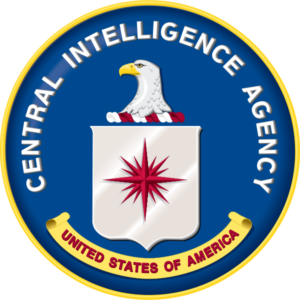 To absolutely nobody’s surprise, the U.S. Central Intelligence Agency can spy on mobile phones. That includes Android and iPhone, and also monitor the microphones on smart home devices like televisions.

This week’s disclosure of CIA programs by WikiLeaks has been billed as the largest-ever publication of confidential documents from the American spy agency. The document dump will appear in pieces; the first installment has 8,761 documents and files from the CIA’s Center for Cyber Intelligence, says WikiLeaks.

According to WikiLeaks, the CIA malware and hacking tools are built by EDG (Engineering Development Group), a software development group within the CIA’s Directorate for Digital Innovation. WikiLeaks says the EDG is responsible for the development, testing and operational support of all backdoors, exploits, malicious payloads, trojans, viruses and any other kind of malware used by the CIA.

Another part of the covert program, code-named “Weeping Angel,” turns smart TVs into secret microphones. After infestation, Weeping Angel places the target TV in a ‘Fake-Off’ mode. The owner falsely believes the TV is off when it is on. In ‘Fake-Off’ mode the TV operates as a bug, recording conversations in the room and sending them over the Internet to a covert CIA server.

The New York Times reports the CIA has refused to explicitly confirm the authenticity of the documents. however, the government strongly implied their authenticity when the agency put out a statement to defend its work and chastise WikiLeaks, saying the disclosures “equip our adversaries with tools and information to do us harm.”

The WikiLeaks data dump talked about efforts to infect and control non-mobile systems. That includes desktops, notebooks and servers running Windows, Linux, Mac OS and Unix. The malware is distributed in many ways, including website viruses, software on CDs or DVDs, and portable USB storage devices.

What about the iPhone? Again, according to WikiLeaks, the CIA produces malware to infest, control and exfiltrate data from Apple products running iOS, such as iPhones and iPads. Similarly, other programs target Android. Says WikiLeaks, “These techniques permit the CIA to bypass the encryption of WhatsApp, Signal, Telegram, Wiebo, Confide and Cloackman by hacking the smart phones that they run on and collecting audio and message traffic before encryption is applied.”

The tech industry is scrambling to patch the vulnerabilities revealed by the WikiLeaks data dump. For example, Apple said,

Apple is deeply committed to safeguarding our customers’ privacy and security. The technology built into today’s iPhone represents the best data security available to consumers, and we’re constantly working to keep it that way. Our products and software are designed to quickly get security updates into the hands of our customers, with nearly 80 percent of users running the latest version of our operating system. While our initial analysis indicates that many of the issues leaked today were already patched in the latest iOS, we will continue work to rapidly address any identified vulnerabilities. We always urge customers to download the latest iOS to make sure they have the most recent security updates.

Enterprises should expect patches to come from every major hardware or software vendors. IT must be vigilant about making those security updates. In addition, everyone should attempt to identify unpatched devices on the network, and deny those devices access to critical resources until they are properly patched and tested. We don’t want to help mobile devices to become spy devices.

Happy encouragement from my smartwatch