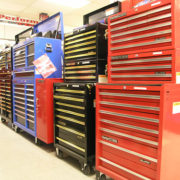 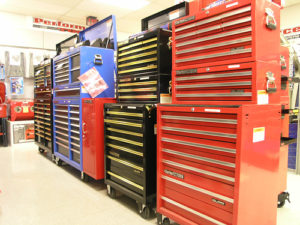 What’s the biggest tool in the security industry’s toolkit? The patent application. Security thrives on innovation, and always has, because throughout recorded history, the bad guys have always had the good guys at the disadvantage. The only way to respond is to fight back smarter.

Sadly, fighting back smarter isn’t always the case. At least, not when looking over the vendor offerings at RSA Conference 2017, held mid-February in San Francisco. Sadly, some of the products and services wouldn’t have seemed out of place a decade ago. Oh, look, a firewall! Oh look, a hardware device that sits on the network and scans for intrusions! Oh, look, a service that trains employees not to click on phishing spam!

Fortunately, some companies and big thinkers are thinking new about the types of attacks… and the best ways to protect against them, detect when those protections end, how to respond when attacks are detected, and ways to share information about those attacks.

The battle, after all, is asymmetric. Think about your typical target: It’s a business or a government organization or a military or a person. It is known. It can be identified. It can’t hide, or it can’t hide for long. It defenses, or at least their outer perimeter, can be seen and tested. Security secrets and vulnerabilities can be neutralized by someone who spills those secrets, whether through spying or social engineering.

In cyberwarfare, as in real warfare, a single successful incursion can have incredible consequences. With one solid foothold in an endpoint – whether that endpoint is on a phone or a laptop, on a server or in the cloud – the bad guys are in a good position to gain more intelligence, seek out credentials, undermine defenses, and take over new footholds.

The posture of the cybersecurity industry – and of info sec professionals and the CISO – must shift. For years, the focus was almost exclusively on prevention. Install a firewall, and keep that firewall up to date! Install antivirus software, and keep adding signatures! Install intrusion detection systems, and then upgrade them to intrusion prevention systems!

That approached failed, just as an approach to medicine that focus exclusively on wellness, healthy eating and taking vitamins will fail. The truth is that breaches happen, in part because organizations don’t do a perfect job with their prevention methods, and in part because bad guys find new weaknesses that nobody considered, from zero-day software vulnerabilities to clever new spearphishing techniques. A breach is inevitable, the industry has admitted. Now, the challenge is to detect that breach quickly, move swiftly to isolate the damage, and then identify root causes so that future attacks using that same vulnerability won’t succeed.

Meanwhile, threat intelligence tools allow businesses to share information, carefully and confidentially. When one company is attacked, others can learn how to guard against that same attack vector. Hey, criminals share information about vulnerabilities using the dark web – so let’s learn from their example.

At RSA Conference 2017, most of the messages were same-old, same-old. Not all, fortunately. I was delighted, however, to see a renewed emphasis at some companies, and in some keynotes, on innovation. Not merely to keep up with the competition or to realize short-term advantage of cybercriminals. But rather, continuous, long-term investment focused on the constantly changing nature of cybersecurity. Security thrives on innovation. Because the bad guys innovate too.

Phishing, spearphishing and ransomware attacks are getting smarter

There are two types of cloud firewalls: Vanilla and Strawberry
Scroll to top