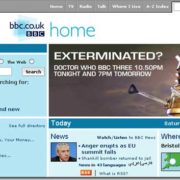 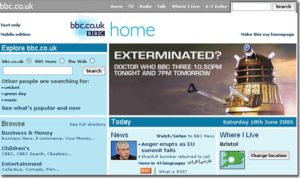 According to a recent study, 46% of the top one million websites are considered risky. Why? Because the homepage or background ad sites are running software with known vulnerabilities, the site was categorized as a known bad for phishing or malware, or the site had a security incident in the past year.

According to Menlo Security, in its “State of the Web 2016” report introduced mid-December 2016, “… nearly half (46%) of the top million websites are risky.” Indeed, Menlo says, “Primarily due to outdated software, cyber hackers now have their veritable pick of half the web to exploit. And exploitation is becoming more widespread and effective for three reasons: 1. Risky sites have never been easier to exploit; 2. Traditional security products fail to provide adequate protection; 3. Phishing attacks can now utilize legitimate sites.”

This has been a significant issue for years. However, the issue came to the forefront earlier this year when several well-known media sites were essentially hijacked by malicious ads. The New York Times, the BBC, MSN and AOL were hit by tainted advertising that installed ransomware, reports Ars Technica. From their March 15, 2016, article, “Big-name sites hit by rash of malicious ads spreading crypto ransomware”:

The results of this attack, reported The Guardian at around the same time:

When the infected adverts hit users, they redirect the page to servers hosting the malware, which includes the widely-used (amongst cybercriminals) Angler exploit kit. That kit then attempts to find any back door it can into the target’s computer, where it will install cryptolocker-style software, which encrypts the user’s hard drive and demands payment in bitcoin for the keys to unlock it.

If big-money trusted media sites can be hit, so can nearly any corporate site, e-commerce portal, or any website that uses third-party tools – or where there might be the possibility of unpatched servers and software. That means just about anyone. After all, not all organizations are diligent about monitoring for common vulnerabilities and exploits (CVE) on their on-premises servers. When companies run their websites on multi-tenant hosting facilities, they don’t even have access to the operating system directly, but rely upon the hosting company to install patches and fixes to Windows Server, Linux, Joomla, WordPress and so-on.

A single unpatched operating system, web server platform, database or extension can introduce a vulnerability which can be scanned for. Once found, that CVE can be exploited, by a talented hacker — or by a disgruntled teenager with a readily-available web exploit kit

What can you do about it? Well, you can read my complete story on this subject, “Malware explosion: The web is risky,” published on ITProPortal.

Edgescan loves to do what most people hate. Lucky you!

Artificial Intelligence gets smart at CES 2017
Scroll to top