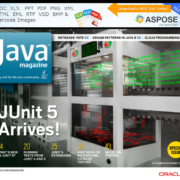 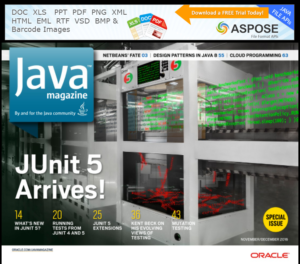 For programmers, a language style guide is essential for helping learn a language’s standards. A style guide also can resolve potential ambiguities in syntax and usage. Interestingly, though, the official Code Conventions for the Java Programming Language guide has not been updated since April 20,1999 – back from long before Oracle bought Sun Microsystems. In fact, the page is listed as for “Archival Purposes Only.”

What’s up with that? I wrote to Andrew Binstock (@PlatypusGuy), the editor-in-chief of Oracle Java Magazine. In the November/December 2016 issue of the magazine, Andrew explained that according to the Java team, the Code Conventions guide was meant as an internal coding guide – not as an attempt to standardize the language.

Instead of Coding Conventions, Mr. B recommends the Google Java Style Guide as a “full set of well-reasoned Java coding guidelines.” So there you have it: If you want the good Java guidelines, look to Google — not to Oracle. Here’s the letter and the response. 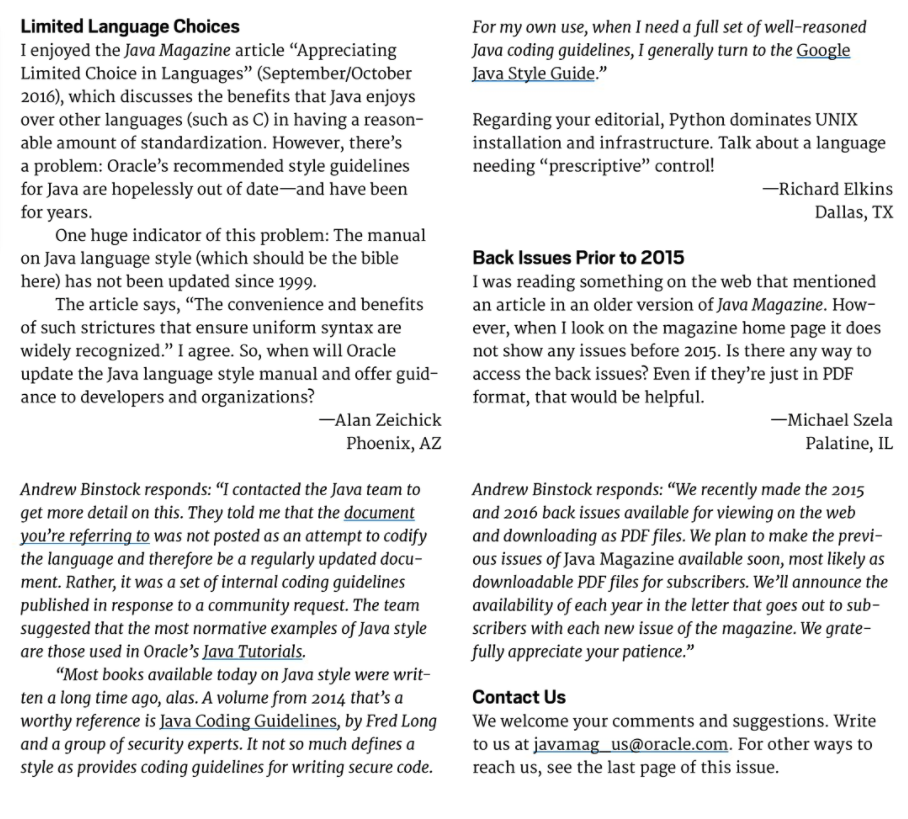