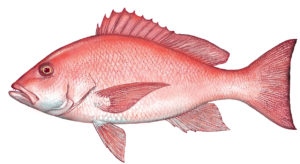 Eat real food. Avoid food laden with additives, or which are overly processed. My family has a few rules which we follow pretty closely when shopping:

While we try to eat healthy, we don’t make a point of looking for so-called “organic” food. In our experience, organic produce is no healthier than regular fruits and veggies, is more expensive, and spoils much faster – we end up throwing a lot away.

In restaurants or when visiting friends, we prefer to eat food where we can visibly identify every ingredient. We don’t like surprises that would either violate religious prohibitions or trigger our few food allergies. For example, baked beans often contain pork, and sauces served with meat can contain cream or other dairy products – both of which are no-nos. So, we aren’t big on stews or casseroles, unless we make them ourselves.

This recent article, “5 Foods You Can Trust—And 5 To Avoid,” from the Diane Rehm show (we heard the original broadcast) is an eye-opener. We haven’t read Larry Olmsted’s book, “Real Food/Fake Food,” but plan to do so.

In the story, there are certainly some recommendations we won’t follow personally, such as to buy whole lobster — we don’t eat any shellfish. However, Olmsted’s point is well taken. Substitution of fish is rampant by suppliers, grocery stores and restaurants; if you order a whole fish, at least you can be reasonably sure that the lobster is really lobster. And that the red snapper is really red snapper, and not tilapia. (Read about this in “One In Three Fish Sold At Restaurants And Grocery Stores Is Mislabeled” from NPR.)

Red snapper is a delicious and prized eating fish. It is also commercially rare. A major investigation found that more than 94 percent of the red snapper that appears on menus and at retail stores isn’t real. It’s the poster child for “fake food.” As one scientist well-versed in the subject put it, “just never order red snapper.”

Listen to the interview with Larry Olmsted. Follow Michael Pollan’s seven simple food rules. Look at this list of 20 ingredients to avoid. And eat and live healthier!

SharePoint 2016 On-Premises – Better than ever with a bright future