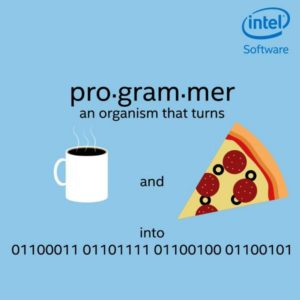 It’s not intellectual property. It’s not having code warriors who can turn pizza into algorithms. It’s not even having great angel investors. If you want a successful startup that’s going to keep you in the headlines for your technology and market prowess, you need a great Human Resources department.

Whether your organization has three employees, 30 or 300, it’s a company. That means a certain level of professionalism in administering it. Yes, tech companies love to be led by hotshot engineers who often brag about their inexperience as CEOs. Yes, those companies are often the darlings of the venture capital community. Yes, those CEOs get lots of visibility in the technology media, the financial media and most importantly, social media.

Miller focuses on the 2014 GitHub scandal, where a lack of professionalism in HR led to deep problems in hiring, management and culture.

“GitHub is not unusual. Tech startups with 100 or fewer employees have half as many personnel professionals as companies of the same size in other industries, according to data from PayScale, which makes compensation software and analyzed about 2,830 companies,” Miller writes.

Is HR something that’s simply soft and squishy, a distraction from the main business of cranking out code and generating viral marketing? No. It’s a core function of every business that’s large enough to have employees.

Miller cites a study that found that companies with personnel departments were nearly 40% less likely to fail than the norm, and nearly 40% more likely to go public. That 36-page study, “Organizational Blueprints for Success in High-Tech Startups,” from the University of California, Berkeley, was published in 2002, but provides some interesting food for thought.

It is by no means uncommon to see a founder spend more time and energy fretting about the scalability of the phone system or IT platform than about the scalability of the culture and practices for managing employees, even in case where that same founder would declare with great passion and sincerity that ‘people are the ultimate source of competitive advantage in my business.’

Any plan for launching a new enterprise should include a road map for evolving the organizational structure and HR system, which parallels the timeline for financial, technological, and growth milestones. We have yet to meet an entrepreneur who told us, on reflection, he or she believes they spent too much time worrying about people issues in the early days of their venture.

What does that mean for you?

• If you are part of the leadership team of a startup or small company, look beyond the tech industry for best practices in human resources management. Just because other small tech firms gloss over HR doesn’t mean that you should. In fact, perhaps having better HR might be better way to out-innovate your competitors.

• If you are looking at joining a startup or a small company, look at the HR department and the culture. If HR seems casual or ad hoc, and if everyone in the company looks the same, perhaps that’s a company not poised for long-term success. Look for a culture that cares about having a healthy and genuinely diverse workforce—and for policies that talk about ways to resolve problems.

Human resources are as important as technology and financial resources. Without the right leadership in all three areas, you’re in for a rough ride.