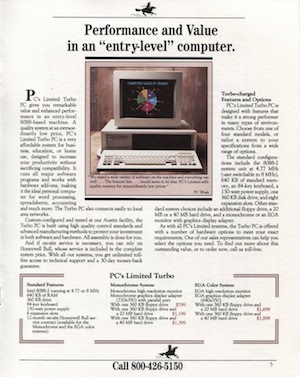 Get used to new names. Instead of Dell the computer company, think Dell Technologies. Instead of EMC, think Dell EMC. So far, it seems that VMware won’t be renamed Dell VMware, but one never can tell. (They’ve come a long way since PC’s Limited.)

What’s in a name? Not much. What’s in an acquisition of this magnitude (US$67 billion)? In this case, lots of synergies.

Within the Dell corporate structure, EMC will find a stable, predictable management team. Michael Dell is a thoughtful leader, and is unlikely to do anything stupid with EMC’s technology, products, branding and customer base. The industry shouldn’t expect bet-the-business moonshots. Satisfied customers should expect more-of-the-same, but with Dell’s deep pockets to fuel innovation.

Dell’s private ownership is another asset. Without the distraction of stock prices and quarterly reporting, managers don’t have to worry about beating the Street. They can focus on beating competitors.

EMC and Dell have partnered to develop technology and products since 2001. While the partnership dissolved in 2011, the synergies remained… and now will be locked in, obviously, by the acquisition. That means new products for physical data centers, the cloud, and hybrid environments. Those will be boosted by Dell. Similarly, there are tons of professional services. The Dell relationship will only expand those opportunities.

Nearly everyone will be a winner…. Everyone, that is, except for Dell/EMC’s biggest competitors, like HPE and IBM. They must be quaking in their boots.

A Man, a Plan, a Canal – Panama Papers and Shadow IT

What you can do about ransomware
Scroll to top