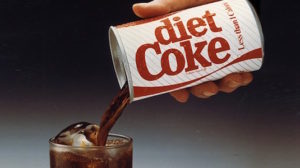 A hackathon – like the debut LSO Hackathon held in November 2015 at the MEF’s GEN15 conference – is where magic happens. It’s where theory turns into practice, and the state of the art advances. Dozens of techies sitting in a room, hunched over laptops, scribbling on whiteboards, drinking excessive quantities of coffee and Diet Coke. A hubbub of conversation. Focus. Laughter. A sense of challenge.

More than 50 network and/or software experts joined the first-ever LSO Hackathon, representing a very diverse group of 20 companies. They were asked to focus on two Reference Points of the MEF’s Lifecycle Service Orchestration (LSO) Reference Architecture. As explained by , Director of Certification and Strategic Programs at the MEF and one of the architects of the LSO Hackathon series, these included:

Bimodal IT — safety and accuracy vs. speed and agility

Wearable IoT technology is getting under my skin, thanks to bodyhacking
Scroll to top