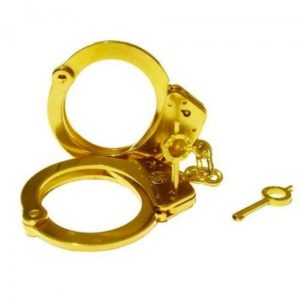 Non-compete agreements restrict where you can work after you leave your current employer. They might lock you out of taking another job in your industry for years—agreements of even up to five years are not uncommon. Of course, non-competes can dissuade competitors from recruiting you while you are still working. That’s not all: They could also scare away potential employers even if you lose your job due to a layoff or involuntary termination.

By restricting the free flow of employees from company to company, non-compete agreements limit employment options. They also can cut down on a vibrant culture of innovation and startups.

Why have non-compete agreements? One argument is that employers invest in hiring and training their employees, and don’t want to have those employees, once trained, snatched up by competitors. Another is that by virtue of their jobs, employees have access to intellectual property, and that the non-compete stops competitors from gaining ready access to that IP.

As you can imagine, information technology workers, including software developers, are often seen as key strategic assets and may find non-compete agreements a necessary evil. Programmers aren’t the only folks locked in by non-competes, though. A recent story by Steven Greenhouse in the New York Times, “Noncompete Clauses Increasingly Pop Up in Array of Jobs,” talked about a Boston-area teenager who couldn’t work at a summer camp in 2014 because the camp she worked at in 2013 had a 12-month non-compete agreement. Ugh.

Some states, including California, give more protections to employees than to employers, and non-compete agreements are often unenforceable. Some analysts believe that this worker-friendly environment contributes to the vitality of the area’s tech economy—see Sharon Wienbar’s blog post, “The Power of a Fluid Market: Employee Mobility Makes Silicon Valley Flow.”

A non-compete isn’t the only reason why the abundance of VC $$ remain in Silicon Valley but it is an important item to consider. In the technology landscape, talent can make or break a business and the more fluid the resources, the better the chance of building a viable business.

Other states are friendlier to business and uphold non-compete agreements. I would not like to work in that environment, personally. I’m not a fan of non-compete agreements and have never signed one or asked an employee to sign one. However, I recognize that in some locations, and in some companies, that’s the only way to get the job you want at the company you want.

Compelling arguments against such agreements are plentiful. Read Jeff Haden’s, “The Case Against Non-Compete Agreements,” published in Inc.; “Time to get rid of ‘noncompete’ agreements” by the Boston Globe’s Scott Kirshner; and Jon Zemke’s “To Compete or Non-Compete: Contracts That Make Michigan Less Competitive,” in Concentrate.

The future of computing: Android Everywhere
Scroll to top