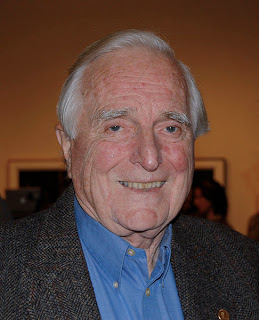 Dr. Douglas Engelbart, who passed away on July 2, was best known as the inventor of the computer mouse. While Dr. Engelbart was the brains behind many revolutionary ideas, his demonstration of a word processor using a mouse in 1968 paved the way for the graphical user interfaces in Xerox’s Alto (1973), Apple’s Lisa (1979) and Macintosh (1984), Microsoft’s Windows (1985) and IBM’s OS/2 Presentation Manager (1988).

Future generations may regard the mouse as a transitional technology. Certainly the touch interface, popularized in the iPad, Android tablets and Windows 8, are making a dent in the need for the mouse — though my Microsoft Surface Pro is far easier to use with a mouse, in addition to the touch screen.

Dr. Engelbart, who was recently fêted in Silicon Valley, was 88. Here are some links to help us gain more insight into his vision:

Obituary in the New York Times, by John Markoff.

“The Mother of All Demos” on 1968. Specifically, see clips 3 and 12 where Dr. Engelbart edits documents with a mouse.

A thoughtful essay about Dr. Engelbart’s career, by Tom Foremski.

I never had the honor of meeting Dr. Engelbart. There was a special event commemorating his accomplishments at Stanford Research Institute in 2008, but unfortunately I was traveling.

It’s remarkable for one person to change the world in such a significant way – and so fast. Dr. Engelbart and his team invented not only the mouse, but also personal computing as we know it today. It is striking how that 1968 demo resembles desktop and notebook computing circa 2013. Not bad. Not bad at all. May his memory be a blessing.

The developer is king
Scroll to top