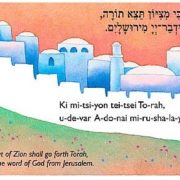 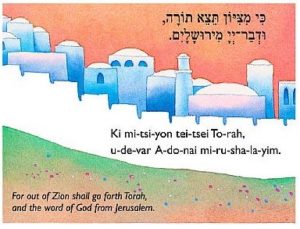 Roses are sure to brighten up everyone’s day. The best place to see roses is the International Rose Tea Garden in Portland, Ore. Coming in a close second is the patch on the Rivera Drive side of the Peninsula Temple Sholom parking lot. This year, the blossoms are extraordinary. You can become lost in the fragrance.

Like many of you, I don’t spend much time in that part of the parking lot. However, on one gorgeous May afternoon, Rabbi Feder, Sandy Silverstein, and I walked around the PTS campus, marveling at the blossoms, checking out the new retaining wall on Sebastian Drive, seeing the construction progress of the new Holocaust memorial (now located outside the Cantor’s office), and enjoying the refurbished white dome over the Sanctuary.

We’ve sure been busy during the past year. Let’s look back at a few of the highlights:

• Outdoor improvements. We’ve already mentioned the dome, the rose garden, and the retaining wall. Have you seen the new footpath from Sebastian Drive to the parking lot? Particularly popular with congregants is the new Jerusalem stone resurfacing of the Courtyard near the Lent Chapel. There’s been lots of landscaping as well, in addition to the roses.

• Social action and social justice. This was a big year for social action, centered in large part in our continued participation in the Home & Hope program, through which we temporarily house the homeless at our facility. New this year is the launch of a community organizing project through which we are partnering with the Union for Reform Judaism’s Just Congregations initiative and the Industrial Areas Foundation. This initiative is still in the formative stage; I will discuss it more in the fall.

• UnEvent! fundraiser. Member dues and fees contribute only part of the Peninsula Temple Sholom revenue streams. In order to balance the budget, the congregation needs the High Holy Day Appeal and a spring fundraiser. This spring, we held the UnEvent!, a straight-up request for donations. Response to the UnEvent! exceeded our expectations — so thank you for your generosity. If you haven’t yet participated in the UnEvent!, don’t worry, there is still time.

• Youth activities. PARTY – our branch of NFTY, the Reform Movement’s teen group – is a blessing to our congregation. These young people do so much, and an example of that was their hosting the Mitzvah Torah Corps regional event in March. From strength to strength!

• Preschool. It’s Must-See TV: Watch a short video of this year’s Preschool Passover, at http://tinyurl.com/ ptsseder2013. The script was written by Allison Steckley, Preschool Director. Pharaoh is a real meanie, the Burning Bush is wise and worth listening to, and the locusts are, well, you need to see for yourself. On a more serious note, kudos to our wonderful teachers for, yet again, qualifying for NAEYC, the National Association for the Education of Young Children, a top certification for early childhood education.

• Religious school. With its bold new curriculum and dedicated, hard-working teachers, the school is a jewel of our community. If you are a Religious School parent, you know what I mean. If you don’t have a child in the school, though, it’s naturally harder to see and appreciate what goes on inside and outside the classroom. Unless, that is, you attended the Yom HaShoah service on April 12, led by our seventh graders. From the candlelight procession in the foyer to the original readings by the students, this service touched your heart and moved your soul.

• Meaningful worship. Let me single out the introduction of Visual T’filah for High Holy Day services in the Lent Chapel for special mention. The whole notion of “davening by PowerPoint” seems silly – until you realize how uplifting it can be to escape from the constraints of a printed machzor. Look for more Visual T’filah during this year’s Yamim Noraim (Days of Awe).

• Wonderful partnerships. Peninsula Temple Sholom works closely with other congregations and Jewish organizations. Particularly noteworthy: In early April, PTS, Peninsula Temple Beth El of San Mateo, and the Union for Reform Judaism hosted a major symposium on Reform Judaism in the West, which drew participants from the entire western U.S. and Canada. In February and May, PTS, Beth El, and Congregation Beth Am of Los Altos Hills kicked off a series of lectures and workshops by eminent scholars from Hebrew Union College’s Los Angeles campus.

• Welcome, welcome. Let us welcome again Sandy Silverstein, who joined us in July 2012 as Executive Director. Sandy, you are such a blessing to our community. Welcome back, Rabbi Rebekah Stern, from your maternity leave. Once again, mazal tov to you and Sean on the arrival of Jonathan Hillel Holcombe.

• Board changes. On behalf of the Board of Trustees, let me thank retiring trustees Ida Gruber and Fred Sturm for their dedicated service on the Board. Fred served an amazing 10 years as a Trustee! We also thank incoming trustees Andrea Sobel and Reid Liebhaber; they bring incredible talent and enthusiasm to the Board.

• Special awards. Please join me in congratulating the following: Sandy Tandowsky, honored as the L’dor Vador recipient from Brotherhood; Linda Korth, named as the Woman of Valor by Sholom Women; Michelle Tandowsky and Scott Rodrick, voted as Trustees of the Year by the Board; Sheryl Goldman, recognized as Volunteer of the Year at the Annual Congregational Meeting on May 22; and Diane Goldman, named as the Ner Tamid (the Eternal Light) also at the Annual Meeting.

• Tremendous volunteerism. The best Erev Shabbat service of the year was on Friday, April 19, when members of the Board of Trustees honored the hundreds of volunteers in our congregation, as well as the Past Presidents for their continuing contributions. Hundreds of volunteers. Yasher koach, thank you, thank you all!

Get ready for the #SDTimes100