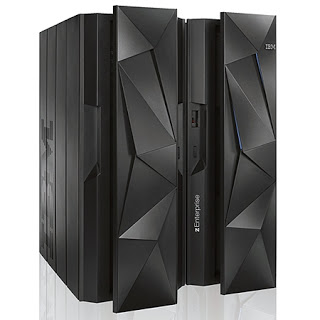 Perhaps I’m an old fogey, but I can’t help but smile when I see press releases like this: “IBM Unveils New Software to Enable Mainframe Applications on Cloud, Mobile Devices.”

Everything old will become new again, as the late Australian musician Peter Allen famously sang in his song of that name.

Mainframes were all the rage in the 1960s and 1970s. Though large organizations still used mainframes as their basis of their business-critical transaction systems in the 1990s and 2000s, the excitement was around client/server and n-tier architectures built up from racks of low-cost commodity hardware.

Over the past 15 years or so, it’s become clear that distributed processing for Web applications fit itself into that clustered model. Assemble a few racks of servers and add a load-balancing appliance, and you’ve got all the scalability and reliability anyone needs.

But you know, from the client perspective, the cloud looks like, well, a thundering huge mainframe.

Yes, I am an old fogey, who cut his teeth on FORTRAN, COBOL, PL/1 and CICS on Big Blue’s big iron (that is to say, IBM System/370). Yes, I can’t help but think, “Hmm, that’s just like a mainframe” far too often. And yes, the mainframe is very much alive.

Today, nearly 15 percent of all new enterprise application functionality is written in COBOL. The programming language also powers many everyday services such as ATM transactions, check processing, travel booking and insurance claims. With more than 200 billion lines of COBOL code being used across industries such as banking, insurance, retail and human resources, it is crucial for businesses to have the appropriate framework to improve performance, modernize key applications and increase productivity.

I believe that. Sure, there are lots of applications written in Java, C++, C# and JavaScript. Those are on the front end, where if  a database read or write fails, or a non-responsive screen is an annoyance, nothing more. On the back end, if you want the fastest possible response time, without playing games with load balancers, and without failures, you’re still looking at a small number of big boxes, not a large number of small boxes.

This fogey is happy that the mainframe is alive and well.

See no evil, hear no evil, speak no evil, code no evil
Scroll to top