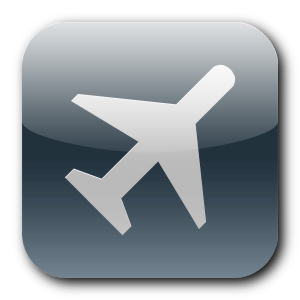 Like many of you, I travel with a vast array of personal electronic devices – so much that my briefcase bulges with screens, batteries, cables and charging bricks. Some devices are turned off when I’m on an airplane – and some aren’t, often because I forget.

Take this week, for example. I am working out of SD Times’ New York headquarters, instead of my usual office near San Francisco. What did I bring? A 13-inch mid-2011 MacBook Air notebook, an iPad Mini with Logitech Ultrathin Keyboard, a Google Nexus 7 tablet, a Galaxy Nexus phone, a Virgin Mobile MiFi access point, Bose QuietComfort 15 noise-cancelling headphones, RocketFish RF-MAB2 Bluetooth stereo headset, a Microsoft Notebook Optical Mouse 3000, a USB hub, and an HP-15C calculator. Oh, let’s not forget the Canon PowerShot S100 digital camera. And my Pebble watch.

All that for a five-day trip. A bit excessive? Maybe.

I can guarantee that not every device is powered down during a flight. Yes, the flight attendants ask passengers to turn devices all the way off, and I have good intentions. But there’s a good chance that the laptop is sleeping, that some tablets and the phone might in airplane mode instead of off, I might have forgotten to slide the switch on the Logitech keyboard, and so-on.

I’m not alone in failing to turn off every personal electronic device. According to a new study by the Consumer Electronics Association,

At least I have good intentions. Many travelers intentionally keep playing games with their phones, hiding them when the flight attendant walks by, taking them out as soon as the uniformed crewmember stops looking.

That doesn’t change the reality that devices are left turned on — and the flights appear to be perfectly safe. It’s time for the U.S. Federal Aviation Administration, and the U.S. Federal Communications Commission, to stop the ban on using electronic devices during takeoff, landing, and flying at altitudes under 10,000 feet.