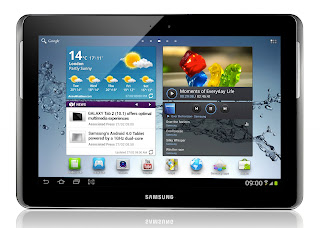 Last week, we held the debut Big Data TechCon in Cambridge, Mass. It was a huge success – more attendees than we expected, which is great. (With a debut event, you never really know.)

We had lots of sessions, many of which were like trying to drink from a fire hose. That’s a good thing.

A commonality is that there is no single thing called Big Data. There are oodles of problems that have to do with capturing, processing and storing large quantities of structured and unstructured data. Some of those problems are called Big Data today, but some have evolved out of diverse disciplines like data management, data warehousing, business intelligence and matrix-based statistics.

Think about problem domains where you have very large multidimensional data sets to be analyzed, like insurance or protein folding. Those petabytes are static or updated somewhat slowly. However, you’d like to be able to run a broad range of queries. That’s an intersection of data warehousing and business intelligence. You’ve got volume and veracity. Not much variety. Velocity is important on reporting, not on data management.

Or you might have a huge mass of real-time data. Imagine a wide variety of people, like in a social network, constantly creating all different types of data, from text to links to audio to video to photos to chats to comments. You not only have to store this, but also quickly decide what to present to whom, through relationships, permissions and filters, but also implement a behind-the-scenes recommendation engine to prioritize the flow. Oh, and you have to do it all sub-second. There all four V’s coming into play.

Much in Big Data has to do with how you model the data or how you visualize it. In non-trivial cases, there are many ways of implementing a solution. Some run faster, some are slower; some scale more, others scale less; some can be done by coding into your existing data infrastructure, and others require drastic actions that bolt on new systems or invite rip-and-replace.

While in Cambridge wrapping up the conference, I received an press release from IDC: “PC Shipments Post the Steepest Decline Ever in a Single Quarter, According to IDC.”

Despite some mild improvement in the economic environment and some new PC models offering Windows 8, PC shipments were down significantly across all regions compared to a year ago. Fading Mini Notebook shipments have taken a big chunk out of the low-end market while tablets and smartphones continue to divert consumer spending. PC industry efforts to offer touch capabilities and ultraslim systems have been hampered by traditional barriers of price and component supply, as well as a weak reception for Windows 8. The PC industry is struggling to identify innovations that differentiate PCs from other products and inspire consumers to buy, and instead is meeting significant resistance to changes perceived as cumbersome or costly.

The industry is going through a critical crossroads, and strategic choices will have to be made as to how to compete with the proliferation of alternative devices and remain relevant to the consumer.

It’s all about the tablets, folks. That’s right: iPads and Android-based devices like the Samsung Galaxy, Kindle Fire, Barnes & Noble Nook and Google Nexus. Attempts to make standard PCs more tablet-like (such as the Microsoft Surface devices) just aren’t cutting it. Just as we moved from minicomputers to desktops, and from desktops to notebooks, we are moving from notebooks to tablets.

(I spent most of the time at the Big Data TechCon working on a 7-inch tablet with a Bluetooth keyboard. I barely used my notebook at all. The tablet/keyboard had a screen big enough to write stories with, a real keyboard with keys, and best of all, would fit into my pocket.)

Just as desktops/notebooks have different operating systems, applications, data storage models and user experiences than minicomputers (and minicomputer terminals), so too the successful tablet devices aren’t going to look like a notebook with a touchscreen. Apps, not applications; cloud-based storage; massively interconnected networks; inherently social. We are at an inflection point. There’s no going back.

Looking for girls who code

Coping with the data
Scroll to top