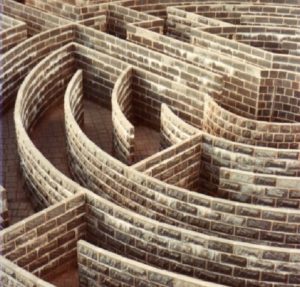 There are infinite shades of gray. Openness isn’t a line or a spectrum, and it’s not a two-dimensional matrix either. There are countless dimensions.

Take iOS. The language used to program iPhone/iPad apps is Objective-C. It’s pretty open – certainly, some would say that Objective-C is more open than Java, which is owned and controlled by Oracle. Since iOS uses Objective-C, and Android uses Java, doesn’t that makes iOS open, and Android not open?

But wait – perhaps when people talk about the openness of the mobile platforms, they mean whether there is a walled garden around its primary app store. If you want to distribute native apps to through Apple’s store, you must meet Apple’s criteria in lots of ways, from the use of APIs to revenue sharing for in-app purchases. That’s not very open. If you want to distribute native apps to Android devices, you can choose Google Play, where the standards for app acceptance are fairly low, or another app store (like Amazon’s), or even set up your own. That’s more open.

If you want to build apps that are distributed and use Microsoft’s new tiled user experience, you have to put them into the Windows Store. In fact, such applications are called Windows Store Apps. Microsoft keeps a 30% cut of sales, and reserves the right to not only kick your app out of the Windows Store, but also remove your app from customer’s devices. That’s not very open.

The trend these days is for everyone to set up their own app store – whether it’s the Windows Store, Google Play, the Raspberry Pi Store, Salesforce.com AppExchange, Firefox Marketplace, Chrome Web Store, BlackBerry App World, Facebook Apps Center or the Apple App Store. There are lots more. Dozens. Hundreds perhaps.

Every one of these stores affects the openness of the platform – whether the platform is a mobile or desktop device, browser, operating system or cloud-based app. Forget programming language. Forget APIs. The true test of openness is becoming the character of the app store, whether consumers are locked into using open “approved” stores, what restrictions are placed on what may be placed in that app store, and whether developers have the freedom to fully utilize everything the platform can offer. (If the platform vendor’s own apps, or those from preferred partners, can access APIs that are not allowed in the app store, that’s not a good sign.)

Nearly every platform is a walled garden. The walls aren’t simple; they make Calabi-Yau manifolds look like child’s play. The walls twist. They turn. They move.

Forget standards bodies. Today’s openness is the openness of the walled garden.

Changing the calendar for the new year

Big Data, by any other name, would smell as sweet
Scroll to top