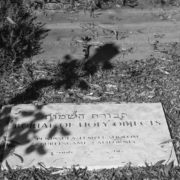 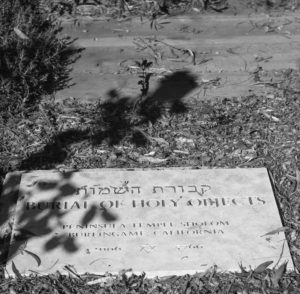 Let’s explore four of the most commonly asked questions – usually posed in the parking lot on Sunday afternoons, which of course is where all the important Temple business is conducted…

What’s wrong with the dome over the Sanctuary?

“Alan – come look! There’s a problem with the roof!” Hardly a week goes by when a worried congregant doesn’t grab my arm in the parking lot and point out the ugly black blotches on the formerly all-white Sanctuary dome. In 1991 or so, the Temple installed a gravel roof onto the dome. Right from the beginning, there was a problem with the light-colored gravel washing off in the rain, revealing the dark undercoating.

Gary Fishtrom, who chairs the hard-working Temple Facilities Committee, explains that the problem is mainly cosmetic. The dome is structurally sound and the roof does not leak. Next spring, Gary says, the gravel roof is being replaced with an elastomeric composition roof embedded with tiny white granules to permanently retain the color. (To be specific, it’s Elastahyde #720ARC and #10 Fire White Granulate. The things you learn in shul business.)

The new dome surface will be environmentally friendly, as it will reflect the ultraviolet rays and heat of the sun during the summer months and retain the heat during the cold winter months. Best of all, no more white gravel to get washed away and no more unsightly black blotches.

When is Rabbi Feder’s contract up for renewal?

Rabbi Dan Feder’s current contract began July 2009 and ends June 2014. The contract says that the Board will vote on renewing the Rabbi’s contract in early 2013. That way, both the Rabbi and the Temple know what’s going on with plenty of advance notice, and can plan accordingly.

In January, we will publish the usual notice in the Bulletin seeking feedback from the congregation about Rabbi Feder. All feedback will be reviewed, in confidence, by the PTS Personnel Committee, which consists of Chair April Glatt; Scott Rodrick, Lauren Schlezinger; Michelle Tandowsky, and yours truly.

The Personnel Committee will make its recommendation to the Board of Trustees, and the Board will vote on Rabbi Feder’s renewal in the March Board meeting.

A more detailed description of the process – which is designed to be open, fair, and thorough – can be found in the Member’s Only section of our website, www.sholom.org/members.

Are the Temple finances healthy?

The state of our synagogue is strong. For fiscal year 2012- 2013, Peninsula Temple Sholom has a balanced budget and stable membership. Most years, we end up with a small budget surplus, which has allowed the Temple to make extra principal payments to chip away at the $1.3 million mortgage.

The mortgage is a remnant of the extensive renovation a decade ago, during which we extensively remodeled the Sanctuary and Social Hall, and of course tore down and completely rebuilt the Preschool/Religious School building, resulting in the beautiful Rabbi Gerald and Helen Raiskin Torah Center. Raise your hand if you remember High Holy Days at the San Mateo Event Center, or the year of Religious School in the portable classrooms!

In fiscal 2012-2013, the Preschool is essentially at capacity. Unfortunately, we enrolled fewer students in the Religious School than budgeted. Eran Vaisben, Director of Education, has offset the tuition revenue shortfall through careful expense management. Thanks to your generosity, and despite the difficult economy, we predict a balanced budget yet again. 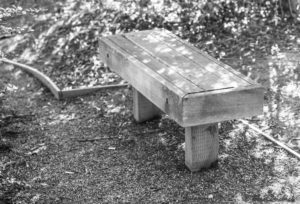 Have you learned any interesting stuff about the Temple?

Lots! Let’s talk about the genizah and the Two Benches.

A genizah is a storage space or underground vault where damaged sacred documents, called shaimot, are buried. Shaimot are worn-out prayer books, fragments of old Torah scrolls, faded mezuzah parchments, and anything unwanted but containing the name of God – which by tradition, we don’t simply throw away, but place respectfully in a genizah.

The world’s most famous genizah is the Cairo Genizah, where more than 210,000 ancient shaimot were buried beginning around 1,200 years ago. It’s a treasure trove for historians and archaeologists. PTS’s genizah is much smaller. The original was located behind the Social Hall, but had to be moved during the renovation.

In 2006, PTS opened a new genizah on the Rivera Drive side of the school staff parking lot, with a large commemorative marker set in the ground. See if you can find it! Behind the marker are pressure-treated boards covering the genizah vault itself, where the shaimot are ritually buried and allowed to decompose.

Finally, poking around the PTS property a few weeks ago, I discovered a small unpaved walking trail that starts in the back parking lot off Arguello Drive. The trail starts up the slope away from the Temple, then turns to the right and heads toward the school building. On that trail are two small wooden benches perfect for meditation. I’ve been a member of PTS since the early 1990s, and had no idea that these existed.

You might find me sitting on one of those benches next time you visit PTS. Zikh gezetst, let’s sit together.

The API as an overloaded operator