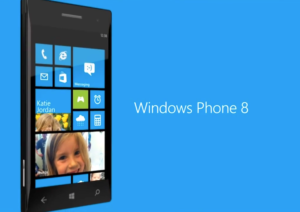 It take a lot to push the U.S. elections off the television screen, but Hurricane Sandy managed the trick. We would like to express our sympathies to those affected by the storm – too many lives were lost, homes and property destroyed, businesses closed.

Microsoft and Google had scheduled tech events for the week of Oct. 29. Build took place as scheduled on the Microsoft campus in Redmond, Wash. Google cancelled its New York City launch event and offered its products rollouts via blog.

The big Microsoft news was the release of Windows Phone 8, with handsets from HTC, Nokia and Samsung set to go on sale starting in November. This follows, of course, the rollout of Windows 8 and the Surface with Windows RT ARM-based notebook/tablet device on Oct. 26.

Everyone that I know who has talked to who has used a prerelease Windows Phone 8 has been impressed. (I have a Windows Phone 7.5 device and find the Live Tile apps to be quite usable and exciting. I look forward to installing Windows Phone 7.8 on that device.) Through a strong program of incentives for app developers, there are many flagship apps for the phone already.

Of course, the downside is:

If I were an entrepreneurial mobile app developer, I’d give Windows Phone 8 a try.

Google’s news was much more incremental: More hardware and a minor rev of Android.

The new hardware, announced in the Google Official Blog, is a new phone called the Nexus 4 and a 10-inch tablet called the Nexus 10. The big tablet has 2560×1600 display – that’s the same resolution as many 27-inch desktop monitors, and I’d love to see one.

Google’s seven-inch tablet announced during the summer, the Nexus 7, came only with 16GB of RAM and WiFi. Now you can get it with 32GB RAM or GSM-based cellular connections using the HSPA+ mobile standard. These are good hardware upgrades, but aren’t “stop the presses” material in the weeks surrounding the launch of Windows Phone, Windows Phone 8, Surface and Apple’s iPad Mini. Heck, the tablet doesn’t even have 4G.

The operating system update is Android 4.2, which is still called Jelly Bean. There are plenty of consumer features, such as a spherical panoramic camera mode, and a smarter predictive keyboard. The ability to support many users is a good feature, and one frankly that is long overdue for these expensive tablets.

Expect to see more about Android 4.2 at AnDevCon IV, coming up Dec. 4-7, 2012. Maybe someone will bring one of those 10-inch tablets so we can see the screen.

With Windows 8, one size must fit all

Bring a friend to synagogue!
Scroll to top