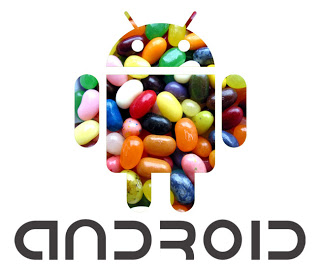 The past few weeks has seen a lot of excitement in the mobile space. This past week we had Google I/O, where we got a first look at Android 4.1 “Jelly Bean,” which offers solid improvements. The previous week Microsoft unveiled Windows Phone 8 – a near-total relaunch that will excite future customers and ISVs, while disappointing existing Windows Phone 7.5 customers. This is comes on the heels of Apple’s World Wide Developer Conference, which highlighted iOS 6’s new social media integration, home-grown mapping engine, and faster browser engine.

All of these platform upgrades are due to ship in 2012.

We also heard from Research in Motion about a delay in its already-pushed-back BlackBerry 10 smartphone operating system. It’s now scheduled for the first quarter of 2013. The company also lost a ton of money in the past quarter. It’s reasonable to predict that BlackBerry is toast, or soon will be.

Let’s dig a bit deeper into the three, uh, more viable smartphone platforms – and what they mean for us.

Apple’s iOS 6 is merely an incremental upgrade. Apple has moved from Google’s mapping system to its own Maps engine, which is fully accessible via APIs. You can also integrate Facebook into apps, tap into the Reminders system, go closer to the hardware with the camera, and leverage an improved WebKit rendering engine.

Existing Apple customers won’t be standing in line at midnight to download iOS 6 – but they will appreciate its upgrades. That’s because Apple continues to win the award for best support of older hardware. All current iOS devices, including iPhone, iPad and iPod touch, should be able to run everything in iOS 6. Most features will run on the 2011’s iPad 2 and even 2010’s iPhone 4.

Microsoft’s Windows Phone 8, code-named Apollo, is a huge, huge, huge upgrade. Everything changes. It’s a real reboot, as the platform moves from the Windows CE kernel to the Windows kernel (either x86 or the new Windows RT kernel for ARM processors). For the first time, Windows Phone can run on multi-core hardware and use screens larger than 800×480. Because the WP8 kernel is the Windows 8 kernel, WP8 phones should work with any Windows 8 device driver. That should let you do some pretty interesting hardware integrations – and gives WP8 a huge advantage of iOS and Android.

Near Field Communications (NFC) is a big part of WP8, as it is with Android. iOS still doesn’t get NFC – but I expect Apple to catch up fast, perhaps with the next-generation iPhone and an iOS 6.x update.

Most importantly for apps developers, you can also write apps in C/C++ or even use the .NET framework with C# or Visual Basic. That truly enables code migration to the mobile platform.

The bad news is that WP8 will require all new hardware. The only upgrade for existing WP7.x users (including those who just bought the much-hyped Nokia Lumia 900 phone)  is a cosmetic upgrade called Windows Phone 7.8 that improves the Start Page with new colors and three sizes of Live Tiles. Beyond this small enhancement, every existing Windows Phone customer is out of luck until their carrier’s contract lets them buy a new phone. Ouch.

Google’s Android 4.1 Jelly Bean is another incremental upgrade, similar in scope to what Apple is doing with iOS 6. The biggest change is called Project Butter, which improves the dreadful synchronization of the touchscreen with screen composition/refresh. This, along with improved triple buffering should go a long way toward eliminating common complaints that the Android UX is sluggish, unresponsive or even buggy, when it’s simply out of sync.

Another area of improvement is notifications – where you can provide more info to the end user, and even let them respond without switching to your app. You can more easily communicate with devices connected via USB or Bluetooth, access the NFC stack, and work with a better HTML5 renderer. A popular feature should be an upgrade to Ice Cream Sandwich’s message queuing service. Called Google Cloud Messaging, the system can now deliver up to 4K of data – and can leverage multicast.

We don’t know which existing Honeycomb (Android 3.x) and Ice Cream Sandwich (Android 4.x.x) devices will run Jelly Bean. This is determined largely by each hardware maker on a model-by-model basis. If past experience is any guide, some existing Android handsets or tablets will be upgradeable to Android 4.1, but most will be orphaned.

That’s a shame — but it’s better than those poor Windows Phone 7.x owners can expect.

See you in the parking lot!