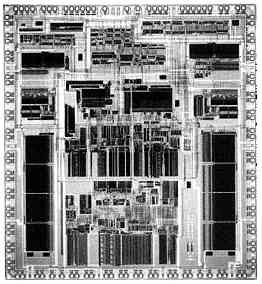 A few weeks ago, in “Can you trust the integrity of your data,” I wrote about the potential for shenanigans with a new computer-controlled watt-hour meter that a local electric utility installed at my home. The worry: My bill might go up.

That, my friends, may only be the tip of the iceberg.

We’ve all heard about backdoors installed into software – secret root passwords, or overrides installed into payroll software. Many of those backdoors are urban legends, but I’ve encountered such things in real life. You probably have too.

What if backdoors are being installed into your nation’s defense systems at the hardware level – secretly – by your enemies? While that sounds like the topic of a good science-fiction movie, it’s not a far-fetched scenario at all.

On Oct. 26, John Markoff of the New York Times wrote a cyberwar story called “Old Trick Threatens the Newest Weapons.” He wrote that only about 2% of the chips used in American military equipment are manufactured in secure facilities, and that the other 98% might hide kill switches or backdoor access points.

“As advanced systems like aircraft, missiles and radars have become dependent on their computing capabilities, the specter of subversion causing weapons to fail in times of crisis, or secretly corrupting crucial data, has come to haunt military planners. The problem has grown more severe as most American semiconductor manufacturing plants have moved offshore.”

Could attempts to subvert those chips be detected? Not a chance. Markoff wrote chillingly,

“Cyberwarfare analysts argue that while most computer security efforts have until now been focused on software, tampering with hardware circuitry may ultimately be an equally dangerous threat. That is because modern computer chips routinely comprise hundreds of millions, or even billions, of transistors. The increasing complexity means that subtle modifications in manufacturing or in the design of chips will be virtually impossible to detect.”

The thought that an enemy of your country could shut down – or take over – one of your nation’s weapon systems is terrible to contemplate. The threat, however, isn’t merely to defense systems or military equipment. What would be the economic implications of secret kill switches built into business-grade network servers or network routers? How about remote subversion of consumer-grade mobile phones, laptop computers or automobile chips?

And to think I was worried about my electricity bills.

Disenfranchising the disconnected Intel pays off AMD
Scroll to top