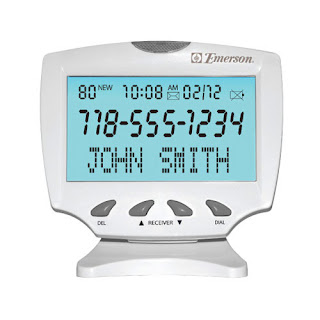 I tallied how many people called my office phone yesterday, but did not reach me because I was out, in meetings, at lunch, etc.

The number of “missed calls” was at least 19. This is probably undercounted because it doesn’t count calls missed because I was on the phone. Since I don’t have Call Waiting, my Caller ID wouldn’t know there was a missed call.

The number of voicemail messages left: 3.

The breakdown of missed calls were:

None of the PR people left voicemail messages. Many PR agencies, as a matter of policy, do not leave voicemail messages when they’re pitching stories. Instead, their standard practice is to engage in “telephone stalking,” where they keep dialing reporters/editors over and over again in the hopes of catching them at their desks.

The calls with no Caller ID info were probably telemarketers, but might have been PR agencies.

Isn’t Caller ID wonderful? Every business phone should have it.

Six necks are better than one Juno loves SD Times!
Scroll to top