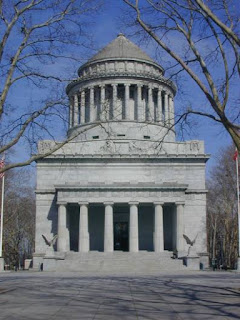 Q: Who is buried in Grant’s tomb?
A. Nobody is technically buried there, but Ulysses S. Grant is entombed above-ground in the monument’s mausoleum.

Q: How often does Ziff Davis Enterprise publish eWeek?
A: Thirty-nine times per year, at least for 2008.

ZDE still refers to eWeek as an “IT newsweekly.” It used to be that an IT newsweekly published at least 48 times per year; there were occasionally some combined issues, but the frequency was essentially weekly. But as you can see from the 2008 editorial calendar, eWeek is down to 39 issues per year.

Maybe they should change the name again.