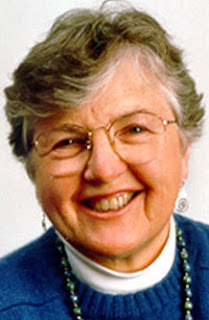 The 2006 recipient of the ACM Turing Award is Frances E. Allen, a retired researcher from IBM. To quote from the ACM’s announcement,

Allen, an IBM Fellow Emerita at the T.J. Watson Research Center, made fundamental contributions to the theory and practice of program optimization, which translates the users’ problem-solving language statements into more efficient sequences of computer instructions. Her contributions also greatly extended earlier work in automatic program parallelization, which enables programs to use multiple processors simultaneously in order to obtain faster results. These techniques have made it possible to achieve high performance from computers while programming them in languages suitable to applications. They have contributed to advances in the use of high performance computers for solving problems such as weather forecasting, DNA matching, and national security functions.

You can learn a lot more about Ms. Allen (pictured) at the IBM Archives. It’s noteworthy that Ms. Allen is the first woman to be honored with the ACM Turing Award, and has indeed been heaped with many professional “firsts,” including being the first woman named an IBM Fellow.

Ms. Allen even has an IBM award named after her, the “Frances E. Allen Women in Technology Mentoring Award,” of which she was the first recipient. She also received the first Anita Borg Award for Technical Leadership in 2004. Technologically, her groundbreaking work was in compiler optimization and in cryptography.

t’s a shame that it’s taken 40 years to recognize the first woman for the most prestigious award in computing, but historically there have been few women at the highest levels of our profession. Not only was Fran Allen the right person to win the ACM Turing Award, but perhaps this honor will inspire more young women to enter the fields of computer science and software engineering. Their talents, like Allen’s, are both needed and appreciated.