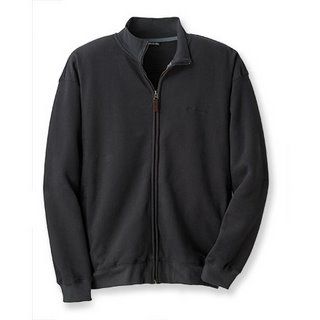 Three decades ago, the British evolutionary biologist Richard Dawkins proposed the concept of a “meme” – that is, a unit of cultural transmission that exists independently of one person, and therefore, can spread around throughout a culture.

Some memes are obvious. President Bush referred to himself last April as “the decider,” that is, what we used to call a decision-maker. At first, other people used that term in mocking references to Mr. Bush, but now the word has caught on.

In mid-1996, Novell introduced a new bundle of its NetWare network operating system with a suite of server applications, like a Web server. It called this version, “IntranetWare.” During the launch press tour, Novell gave me a sweatshirt with the IntranetWare logo.

The dark green sweatshirt was exactly the sort I like: medium-weight cotton/polyester fleece material, mildly elastic cuffs, and a cardigan-style zipper. There’s no hood — I can’t stand hooded sweatshirts. The IntranetWare logo is small and discrete, embroidered in black thread, so it’s not obvious that I’m wearing vendorware.

I wear my comfy Novell sweatshirt often, indoors and out; it’s my favorite item of clothing, frankly. Many of my friends and colleagues have seen it over the past decade.

A few years ago, my son bought a light gray, zippered, hoodless fleecy sweatshirt. And he calls it his Novell sweatshirt, because it’s just like mine.

Yesterday, my extended family was down shopping at REI, a sporting-goods and clothing store in San Carlos, Calif. They were having a big after-Christmas sale. A relative said, “Oh, look, they have a nice selection of Novell sweatshirts like yours,” and bought a charcoal-colored zippered, hoodless fleece sweatshirt from Columbia Sportsware (pictured). He’d heard the term from my son.

I bought a new dark blue Novell sweatshirt too. You can’t fight a meme, especially when it’s on sale for only US$29.83.