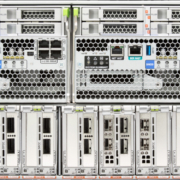 When a microprocessor vulnerability rocked the tech industry last year, companies scrambled to patch nearly every server they had. In Oracle’s case, that meant patching the operating system on about 1.5 million Linux-based servers.

Oracle finished the job in just 4 hours, without taking down the applications the servers ran, by using Oracle’s own automation technology. The technology involved is at the heart of Oracle Autonomous Linux, which the company announced at Oracle OpenWorld 2019 in San Francisco last month. Oracle has been using Autonomous Linux to run its own Generation 2 Cloud infrastructure, and now it is available at no cost to Oracle Cloud customers.

The last things most CIOs, CTOs, chief information security officers, and even developers want to worry about are patching their server operating systems. Whether they have a hundred servers or hundreds of thousands, that type of maintenance can slow down a business, especially if the maintenance requires shutting down the software running on that server.

A delay is doubly worrying when the reason for the patch is to handle a software or hardware vulnerability. In those instances, delays create an opportunity for malicious operators to strike. If an organization traditionally applies updates to its servers every three months, for example, and a zero-day vulnerability comes out just after that update, the company is vulnerable for months. When updates require a lengthy process, companies are reluctant to do it more frequently.

Not with Autonomous Linux, which can patch itself quickly after a vulnerability is found and the patch is applied by Oracle. Combined with Oracle Cloud Infrastructure’s other cost advantages, customers can expect significant total cost of ownership savings compared to other Linux versions that run either on-premises or in the cloud.

Underneath the Autonomous Linux service is Oracle Linux, which remains binary compatible with Red Hat Enterprise Linux. Therefore, software that runs on RHEL will run on Oracle Autonomous Linux in Oracle Cloud Infrastructure without change.